Couldn't Slayers Tattoo a Cross on their Skin?

Couldn't Slayer's just tattoo a cross on their skin? I'm talking about all Slayers, Buffy wouldn't do it with the whole Angel ordeal. I mean, then no vampires could get close to you without being hurt by the cross. Also, the weapons could be coated in holy water. So after generations and generations of Slayers, why hasn't anyone thought or done this? I thought of it from the first time I heard crosses hurt vampires. What do you think? Would you do this?

Joan the Vampire Slayer
I bet you got this idea from Supernatural, huh? ;)
T

That depends on WHY a cross works. Personally, I don't think it would work. Buffy has been bitten more than once despite wearing a cross (and they could technically bite somewhere else or kill her some other way). "Nighthawk" (Xander) even wore that huge cross and it didn't stop a vampire from tackling him.

And then there's that ep where vamps take over a church...in daytime no less...and they say they feel mystified that they'd been afraid of the cross for so long.

But if it did work, then they should have designed crossbows that doubled as big crucifixes.


Though when I described to someone how I'd have done the Fright Night remake, I did say that the crossbow bolt fired would be doused in holy water first...wouldn't kill the vampire like tricking a vampire into drinking it, but at least it would sting, providing a precious second or two to reload or initiate a different attack (or run).


I wonder why the vampires are so dumb. They seem so tradition bound that even crossbows are anathema to them, perhaps a sign of weakness (and a red flag of treachery) among demons (and vampires are prone to ambushing anyway) that I only remember Darla and Harmony using them. Guns even more so (interesting that when a demon does use a gun, it looks like he made it with his own hands...I notice little details like that and wonder what it says about their culture). (That aside, I'm surprised the Order of Taraka apparently didn't have any snipers when that one woman used a gun.)

Take the Three from season 1. They left to report failure as Joyce showed up instead of taking her hostage? I'd think killers that feared would be smarter. Burn the house down and continue the hunt (at the very least, it may drive the Slayer away so she can't interfere).

Or get at the Slayer through her parents. Imagine the horror if Hank showed up as a vampire. I have to crank out some serious head canon why Angelus held back so much when he was tormenting her.

Oh well, I'm just glad they never discovered tasers (which are magical in the Buffyerse) or, worse yet, chloroform, or Buffy would've been doomed.

I can see no good reason why a modern slayer wouldn't have a cross tattooed on them, if she so wished, but I can also see issues.

Where would it be tattooed? On her neck or arm? Then she'd have to hold the arm up when facing a vamp, so reducing her fighting ability. Slayers fight lots of other creatures and the cross would be no help there either, and some Slayers were probably not Christian, so having a cross tattooed on them could have caused great difficulty as it has to be somewhere obvious.

For practical reasons but also for symbolic reasons. Because the council are traditionalists and because the time would have to be right (more and more I think this is really a story about time). Because tattoos were linked with repressed sexual desires (something Buffy fights against in S6). Because prior to Nikki (or the 60/70s) any girl with a tattoo would have been considered deviant (a "bad" girl, a "dirty" girl) - there's a reason Caleb brands them. At heart, Buffy wants to be a "good girl", a "clean girl". Nikki was "deviant"- inasmuch as she had an illegitimate child. Nikki was also black and society had/has different expectations of black people. Because the slayer line is female and tattoos were traditionally seen as a sign of masculinity. Because tattoos were a sign of a social outcast (so in a sense tell the story of the First Slayer). Because tattoos tell an alternative story - which is the last thing the council or patriarchy want.

The modern slayer could probably do things older slayers couldn't (I think guns come up in the comics) but there are a myriad reasons as to why they wouldn't.
Last edited: Jan 26, 2021

Black Thorn
It works in supernatural with the anti possession tattoo, but I don't think it would work for Buffy, think it's only actually touching the cross that affects the vampires so she would have to be covered in crosses!

TriBel said:
Because tattoos were linked with repressed sexual desires
Click to expand...

Please tell me more about this. Is this why Angel has a tat?

1. Tattoo; My understanding is that for a crucifix to be crucifix, it must be blessed by a priest. Now, I suspect that detail has been lost or forgotten over the ages, but there are sacred tattoo artists out there. There is a family that has been tattooing pilgrims to the holy land since the crusades, as well as Samoans practices. But that is where I would go with this, a Slayer should use the holy symbols of her culture. If her culture used tattoos to ward off evil, then do it, but for slayers based in Christian Europe, crosses will suffice.

Lore wise, Lindsay was able to use mystical tattoos to hide from the Senior Partners, so such magic could exist as an anti-vampire ward.

2. My understanding is that the games stated that the X-bow bolts were dipped in holy water. Remember, Buffy has a big chest of holy objects that we never see her use, and we know she's gone to get water blessed before. I just chalk it up to the time she and Giles have to spend on cleaning and preparing her weapons and herself for combat every night. Which would have been a funny scene.

Giles: "Sunset is in three hours, I trust you'll want to clean up, go to confession and enjoy a good meal, that sort of thing.
Buffy: "Sure, pre game rituals."
***
Giles: "Ah Buffy, how was your 'pre-game' rituals?
Buffy: "I ate half a bag of corn chips and fooled around with Willow. She's trying to convert me."
Giles: "What?'
Buffy: "To Jewish...-ness. Her rabbi was nice, apparently one of those Jewish traditions that's very strict on Christmas specials but surprisingly open minded on everything else. But, I'm here to slay!

Black Thorn
I'm still backing the holy water idea. And like Cap said, "I can do this all day." 😁 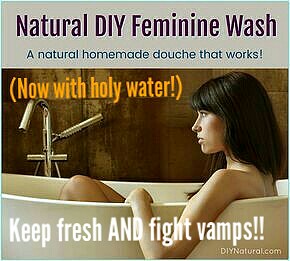 Sineya
Guns with wooden bullets ?? I mean, I would!
M

AlphaFoxtrot said:
... but there are sacred tattoo artists out there. There is a family that has been tattooing pilgrims to the holy land since the crusades...
Click to expand...

Really?! Never heard of this before. Huh. Got a link to some info on that story? I wouldn't mind reading some more about it.

As for the original post, how about double neck tattoos, both crosses wrapping around the neck? You would be like eating ghost peppers. Vampires probably could still do it, but would it really be worth it?

"Inside the World’s Only Surviving Tattoo Shop For Medieval Pilgrims" Here you go! @Moggin

I did misremember something. The family has been tattooing since the 1300s, but in Egypt, not in Jerusalem, where they moved to, about four generations ago.
Reason: Addendum
M

AlphaFoxtrot said:
"Inside the World’s Only Surviving Tattoo Shop For Medieval Pilgrims" Here you go! @Moggin

I did misremember something. The family has been tattooing since the 1300s, but in Egypt, not in Jerusalem, where they moved to, about four generations ago.
Click to expand...

Cool! Thanks. I been trying to figure out where on their bodies they were likely to tattoo themselves. Another article seems to suggest the forehead and forearm for Coptics, but is vague about the crusaders who joined in the practice. I wonder if the chest ever factored in this, closer to the heart etc. Hmm..food for thought, and more research for another day.

Sineya
That's a very good point, but I think for the shows sake they didn't want to make life too easy for the slayers!

Nix said:
Guns with wooden bullets ?? I mean, I would!
Click to expand...

But you'd have to be sober enough to aim the gun. 😂

Black Thorn
Read a story once where Buffy had tattooed a necklace of crosses around her neck, it just looked like a big choker that covered the area where vamps most liked to chomp down on a victim. Also, I'm waiting for the day I can write a fanfic where Buffy bathes in and drinks nothing but holy water, to the point where she sweats holy water and vamps can't even touch her without burning their skin.

From Wiki: "Strictly speaking, to be a crucifix, the cross must be three-dimensional". If it wasn't 3D surely any surface with a cross symbol would repel vampires? Why bother with spell to stop them crossing the threshold if you can simply write EXIT on the door?

If a slayer would get a cross on their skin then no Spuffy... can’t have that!! Hence no tattoo.

darkspook said:
If a slayer would get a cross on their skin then no Spuffy... can’t have that!! Hence no tattoo.
Click to expand...