Some people give up... but not us. 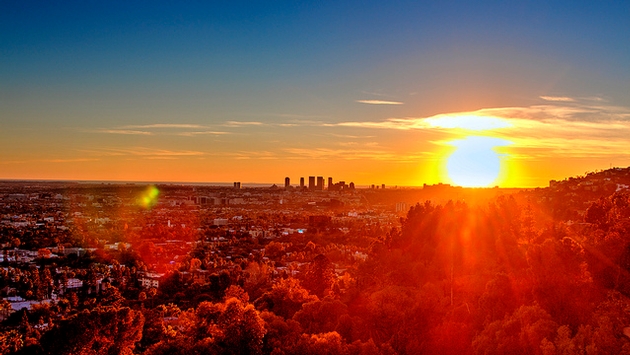 It's 2020, the world is in chaos, new demons have been unleashed upon an unsuspecting world, and oh yeah.... only a handful of champions and heroes stand against what seems like an unwinnable war. A new hell-mouth has been opened underneath Los Angeles, and this one is playing for keeps. The last of slayers and the few humans who help hold the line are the only thing that stands in it's way. These slayers and humans take on the darkness, and fight for the dawn. The bad part? The absolute worst part? Vampires are suddenly growing more powerful ... yeah, it's getting tougher to fight the good fight. The world is slowly but surely losing control. so buckle up for a hell-ride, and be warned, there will be bunnies.

How to Join? Post a Bio here with a (new or original) character and short history of what they are doing in LA.

((Hi there Buffy fans. I think for my sanity in isolation I decided to start a new RP. If you aren't familiar with how they work, I'll be happy to show you. Even if you just read along you are still super welcome! The only requirements to join are: 1. You like Buffy (well you are here aren't you?) 2. You want to write as your favorite character. 3. You like having fun. (perhaps you are anhedonic... and if so... then write for the boring neutrality!))

B
BowWowBoi
Name: Shawn -Age: 3,000 -Apperance: 5' 11", Skinny, Brown eyes, brown hair, stubble,
Bio: A demon from a 12th Hell, Shawn was sent to LA to find the slayer and, well, slay her. Unfortunately things didnt work out as planned and he fell in love.

Appearance : Jenny is a bit of a tomboy . By that I mean she wears a lot of sports clothing . She got short black
hair with green eyes & with pale skin . She got a trim build thanks to all the sports she into . She about 5"8
& 110 pounds . She stronger then she looks .

Bio :
Jenny is a mixture of her Asian mother who knew how to cast spells & her dad who was a ex Marine .
Her mother was born & lived in S.F & ran a herb shop with her parents casting spells when her family
& friends were in danger . Her father was a Marine who last post was SF. They met when the store they
were in was taken hostage & by they time they were saved had agreed to go out on a date & a year latter
were married . Jenny was torn a bit between her parents . She was taught Spells by her mother & was
a really into sports thanks to her father When she turned 18 she left to go to UCLA on a volleyball/ soccer
scholarship & with a book bag that was bigger on the inside holding her magic stuff in it . And in her first
year at college she found out a hell mouth had opened & thanks to her upbringing had no choice but
help in fighting against it .

Sineya
Am I allowed to be Angel?
B

(I accidentally wrote it as a comment sorry)
Name: Shawn -
Age: 3,000 -
Apperance: 5' 11", Skinny, Brown eyes, brown hair, stubble,
Bio: A demon from a 12th Hell, Shawn was sent to LA to find the slayer and, well, slay her. Unfortunately things didnt work out as planned and he fell in love with a potential slayer named Vi (Felicia Day's character) and she convinced him to be good. He was then banished from his home land and forced to stay on Earth for good. After a while he found his old partners in crime, Spike and Angel, and was very disappointed to find they had gone good. Now back in LA after going to Arizona to live with Vi, he needs to help the world once again.

((Hey guys, thanks for the interest, and apologies for my tardiness. Where to start.

Feel free to invite anyone else you think might enjoy. I'm thinking of getting started as soon as this weekend, but I'll keep you informed. For now think about what your first post will be. I'll give you a little help. Gunn will be recruiting a new team think of him a little like Nick Fury for the Avengers... he'll be showing up unannounced to see if your Team Angel material, and give you the skinny to the situation. So what is your character going to be doing? Living life? Fighting evil? Going on an awkward date? The skys the limit.

ChaseRules
Nice & Glad you back :)

Appearance: Amber is a petite girl, with a lot of power. She wears casual, unsuspecting clothes but never anything too bright. She has dark golden shoulder height brown hair, green eyes and pale skin. She is strong, but not too built and is certainly stronger than she looks. She doesn’t trust people easily and is quite smart and aware of the world around her.

Bio: After realising that she was gifted with magical abilities, Amber lost herself in a fury of uncontrollable power and confusion. Unaware of what she could do, her parents decided it would be best to send her to a special place in Los Angeles where they could help her keep her power under control. Unfortunately, this upset Amber, not wanting to be pushed away by her own family against her will, she ended up hurting her little sister (Violette) after she called her a freak. Amber finally understood the extent of her power and fled to L.A. Her parents never wrote to her, and when she tried to call them, she realised they had tried to forget about her... her powers where too much for them. After a year of hard practises and early mornings, Amber managed to learn to control her powers and decided to use them for good. She quickly learnt about Slayers and Vampires and the creatures that lurked in the shadows and fought against the forces of darkness, ever becoming stronger.