It’s been a couple of years since Dark Horse lost their license to produce Buffy comics, but boy... I’m still pissed about it. I wasn’t able to buy and collect the comics when they first came out, and had to borrow every book from the library. But those were glorious times. I remember borrowing stacks of the comic books all at once, including Angel & Faith, and reading through them in canon order.

Then Dark Horse announced the end of the series for them, and my library yanked everything off the shelves — never to be seen again. I had just returned several stacks of comics to the library when it was announced. If I knew the library would pull them, I would’ve kept them all and paid the fine. But.. alas..

I’m just revisiting some Buffy tonight, and am reminded how pissed I am/was/still am that the whole collection of Dark Horse Buffy comics, from after the show ended and onwards, completely vanished off the face of the planet. Either I scrounge around and try to find used, beat-up books, or it’s nothing. And now I have a sad mish-mash of Buffy comic books, and my memory to fill in the gaps. It’s really infuriating, considering how much I loved this show. Argh! 🤬

MissChristina said:
I’m just revisiting some Buffy tonight, and am reminded how pissed I am/was/still am that the whole collection of Dark Horse Buffy comics, from after the show ended and onwards, completely vanished off the face of the planet.
Click to expand...

Aren't Boom reissuing them as their "Legacy" Collection?

Yeah, the art is better at Boom, but the story line is totally screwed up. If Boom wanted to do a spinoff in the Buffyverse, fine, go for it, but just taking the charters we have grown to know and love over the years and toss them into some sort of Bizarro world for no reason whatsoever more than I care to spend my money on.

Maybe Joss will someday get his Buffy hat on again and give us something good.

I'd disagree that the art is better in the Boom comics. Some is, but some is really poor. I also think the writing isn't as good. There's no real arcs, no through lines you can cling too when the story is getting out of hand, no forward motion. The DH were much better.
F

Some of the Dark Horse stuff was fantastic but some of it was just plain awful.

I have recently been reading all the classic comics and they miss so many basic things, especially near the beginning. Sunnydale is interchangeably referred to as Sunnyvale. Vampires have green skin when they bring out their vampire faces. Buffy stakes them in the side of their chest where their aorta is instead of the center where the heart is. One vampire literally eats human flesh to recover from burn injuries. Some vampires are shown needing invitations to enter public places, others are shown breaking down doors to private homes.

The key here is that the Dark Horse comics haven't gone away: 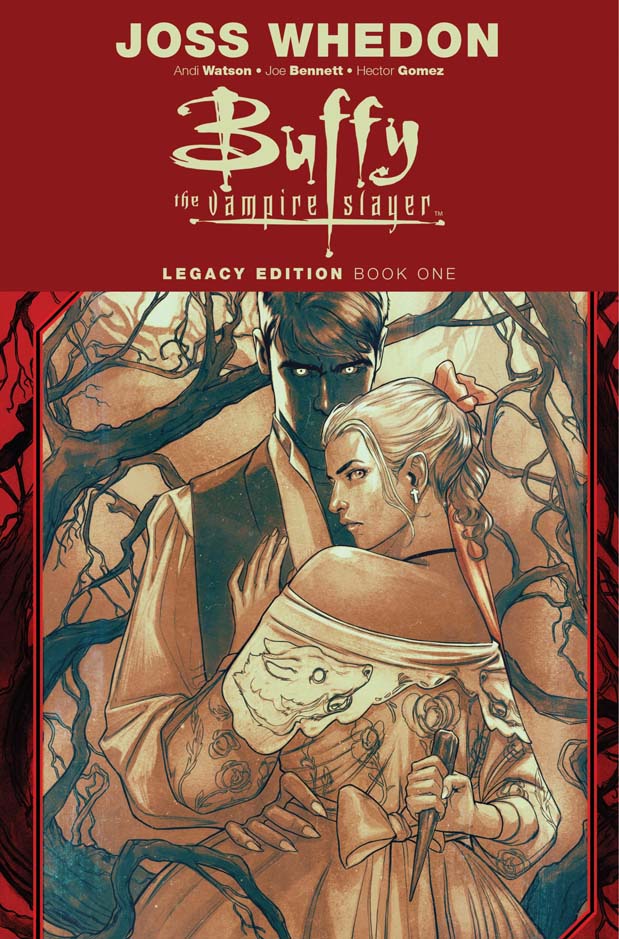 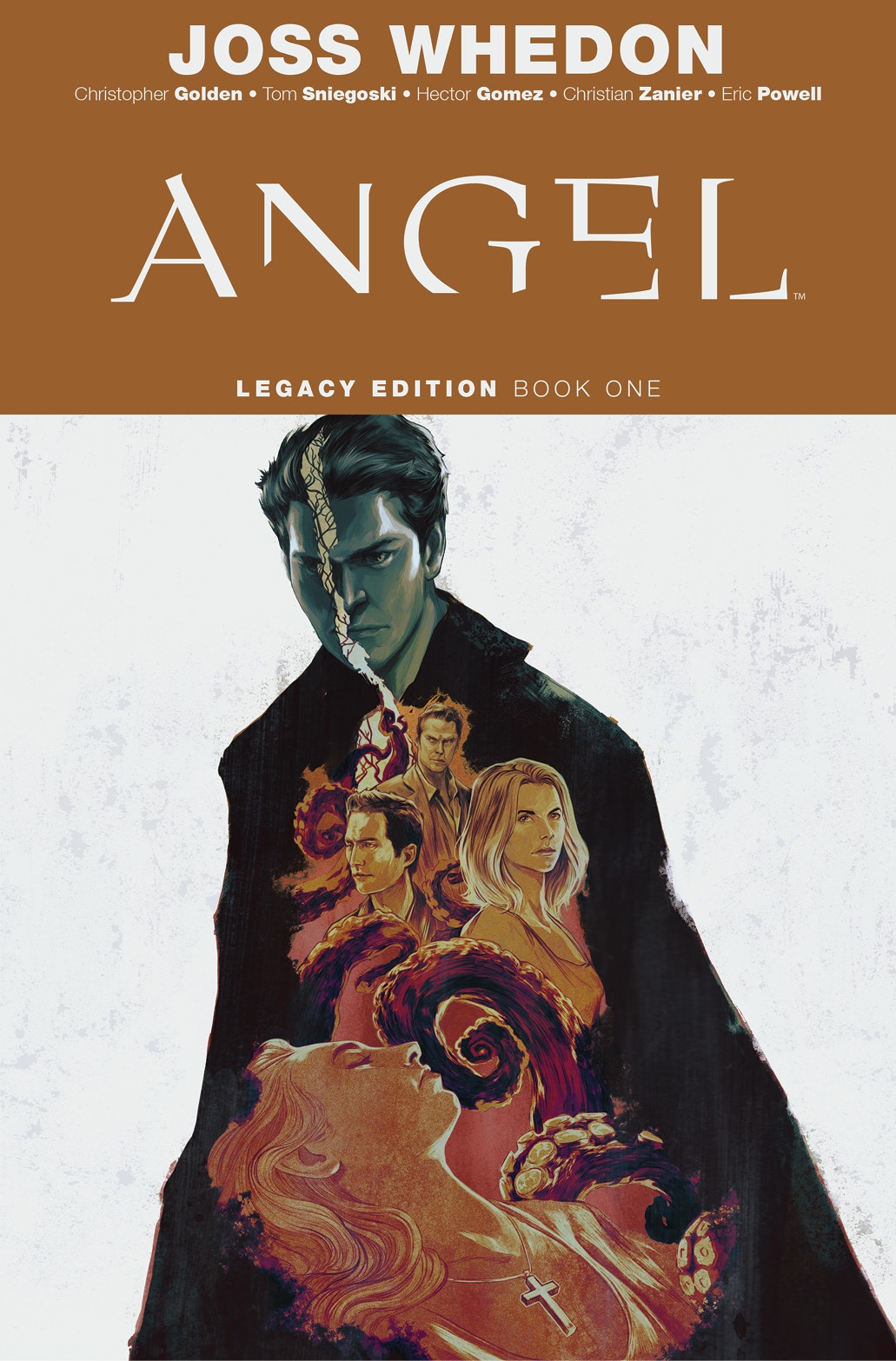 Angel Legacy Edition, Book 1 is the first volume of Angel comics legacy edition trade paperbacks, collecting issues one to nine of the Angel (Dark Horse series), as well as Angel: The Hollower, "Point of Order", and Lovely, Dark and Deep. It was originally published on October 16, 2019 by Boom...

If you miss them that much, Boom is releasing them in collections. And what's more, they're including stories that Dark Horse never bothered to reprint such as Rogues Gallery and the untitled Angel shorts from Dark Horse Extra. Previously, the only way to read those was to track down ridiculously obscure promotional material (I should know, I did it).

Priceless said:
There's no real arcs, no through lines you can cling too when the story is getting out of hand, no forward motion.
Click to expand...

I think that's a really good point and it's why I lost interest. There's no depth...nothing driving the story.

Dunno exactly which series you are talking about, but I'm assuming it's the "non-canon" Dark Horse series that came out along side the shows? If that's the case, never fear, because they can now be found collected in a series of 7 omnibuses, or in the Legacy editions. (Legacy Editions being more comon, but I prefer the omnibuses, as they are collected in chronological order)

Also, in terms of art, as an artist, I have to say, art is really subjective. You like the Boom! studios art? Then that is the best art for you. You like the season 8+ comics? There you go.

Personally, I really don't like the season 8+ comics. Everyone looks super cartoony, and without features such as hair color or this or that, I doubt people would be able to tell who is who.

The Boom! comics have some fairly good art, but They've also never been my favorite.

In my personal opinion, the best Buffy comics artist is the one who is one of the primary pencilers for the Classic Dark Horse comics. his name is Cliff Richards, and honestly, he's pretty amazing. Not only do the characters look like totally recognizable "comic versions" of themselves, everyone is also properly proportioned, which unfortunately isn't always the case in comics. Buffy isn't a super muscular model with no waist, (As a woman, I appreciate this) Xander isn't a beefcake etc.

Also, the clothing is drawn realistically (not unrealistically skintight) and actually? Pretty cute. It's not always the same t-shirt and jeans like I sometimes see in other comics.

Here are some comparisons betwenn the three "eras" of Buffy comics:
(Note, there are many other artists in the Buffy Comics roster, many very talented as well, but these are the three most notable styles/artists.)
(I can't find the best image examples, but you'll probably get the jist) 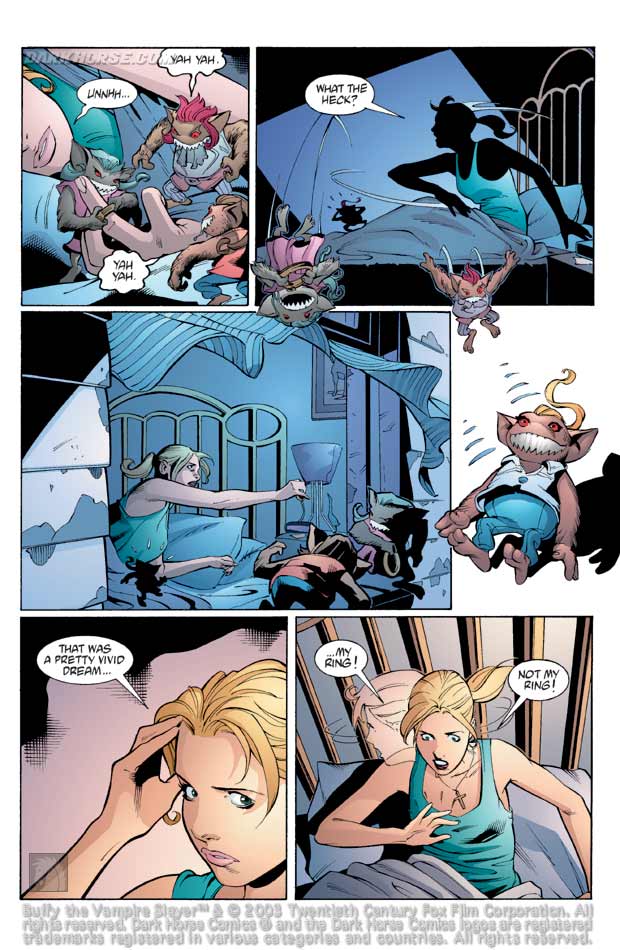 Too cartoonish for me. They look kinda square and round at the same time...I dunno, I can't really put my finger on it.