Rate The Last Book You Read #3

@Priceless I'm guessing you mean Why Buffy Matters by Wilcox? I've read it and think its really good. I will probably check the other one out just to see.

Priceless
Yes that's the one

TriBel
For me, Wilcox is the best.


To be honest, I didn’t know I needed (wanted) a book about an eccentric (crazy?) little Polish lady who’s unabashedly obsessed with astrology and tries to convince everyone that - obviously - a string of murders is best explained by wild animals avenging themselves on humans. But I did.

Basically, if John Wick was an odd grandma. As a dog owner I won’t condone her deeds, although in my heart of hearts... better not say more
The Karamazov Brothers Dostoevsky 5/5
”Life is paradise. We’re all in paradise, but we refuse to see it.”
I thought it was ”only” my fifth time reading this, but my Goodreads suggests it’d six. Guess you could say I’m kind of a fan. I should probably try to read some new books too. But this is my comfort.

Black Thorn
Elements of Surprise: Our Mental Limits and the Satisfactions of Plot Vera Tobin
It's an interesting, if academic read, about how one can successfully (and unsuccessfully) implement a plot twist, and why we are hardwired to appreciate them. I never really thought that by watching magicians perform on stage it could help writers hone the art of a plot twist; but when you think about it it does make sense.

Mr Trick
That does sound interesting. Will have to look out for it.

A sharp stick - it's true

Black Thorn
The League of Extraordinary Gentlemen Vol IV: The Tempest - Alan Moore & Kevin O'Neill
The collected edition of the final LOEG volume which I was given for Christmas. This book is not for the faint-hearted or easily shocked.
A marvellous graphic novel by Moore & O'Neill, it consists of two separate but connected elements (as do the other volumes IIRC). This time it's the final part of the LOEG plus a story of a 60s superhero group, the Seven Stars, which intertwines with the main story.
As ever with Moore's stories it is very layered and densely plotted, so it keeps the old grey matter ticking over a treat. Not an easy read but very satisfying and a whole lot of geeky fun to be had in spotting comic, SF and pop culture references.
For those who are unfamiliar with the worlds of LOEG here's an extract from Wikipedia to give you a flavour...tldr: steampunk, pop culture references, satire of society, Victorian adventures and superheroes.

The League of Extraordinary Gentlemen - Wikipedia

is a comic book series co-created by writer Alan Moore and artist Kevin O'Neill which began in 1999. The series spans four volumes, an original graphic novel, and a spin-off trilogy of graphic novella. Volume I and Volume II (originally released as two six-issue limited series) and the graphic novel Black Dossier were published by the America's Best Comics imprint of DC Comics. After leaving the America's Best imprint, the series moved to Top Shelf and Knockabout Comics, which published Volume III: Century (originally released as three graphic novella), the Nemo Trilogy (a spin-off of three graphic novella centered on the character of Nemo), and Volume IV: The Tempest (originally released as a six-issue limited series). According to Moore, the concept behind the series was initially a "Justice League of Victorian England" but he quickly developed it as an opportunity to merge elements from many works of fiction into one world."
Click to expand...

EDIT -
Oh yea btw, there are some amazing looking 3D sections in the story, which look brilliant, so you get a nifty(!) pair of old school, red/green 3D glasses to read them properly.
Last edited: Apr 15, 2020

Seen the film (because I once considered teaching a university module on steampunk) but never read the graphic novels. I've got/read From Hell (because of an interest in psychogeography and crime) and I had the Moore/Campbell commentary on it for Christmas. I've also got Watchmen in digital format. At the moment I'm rereading Sandman. I treated myself to the Absolute Editions (on the basis of "sod it - you can't take your money with you so might as well spend the kids' inheritance") but I'm reading it in digital form because I can't bring myself to unwrap the hard copies.🙄

Spanky said:
why we are hardwired to appreciate them.
Click to expand...

Why? And are we? My wiring must have short circuited because I don't have the least interest in plot - twisted or otherwise. Psychologically driven towards desiring plot/resolution I can understand but not hard-wiring.

Just as harrowing and intense as the film, the novel also fleshed out the characters more and gave us some more background and depth to the main four boys. I was really surprised to discover how much of the dialogue and narration from the novel was used verbatim in the film.

Apparently there was a lot of controversy surrounding the novel's claims that it was a true store, with dates and events not lining up properly/no record of said events being found. The author does say at the beginning that names, locations and dates are changed to protect certain parties.

For me, it felt like the gist of the novel was true. The way in which the author describes the physical and sexual abuse he and his friends endured and the psychological trauma which stemmed from it felt genuine, so I'm inclined to believe that the author was incarcerated as a juvenile and probably suffered through abuse while he was. I'm less inclined to believe the latter part of the book/film where
an entire neighbourhood works together to acquit two of the boys - now adults - of murdering one of their abusers. That part felt a little far-fetched. I like to think it was the author's way of getting justice, to write it the way he envisioned it happening.
Overall a very good, if somewhat confronting and intense, read.

Spanky
I've always wondered how the book would be

emspace
I didn't even know this was based on a book. I will have to add it to my To Read list!

Sort of reminds you how much bad stuff there's been on TV over the years but also peaks my interest on certain shows I'd never heard of too. The long running soaps like 902010 or Melrose Place are fun write ups because it goes through pretty much every relationship, breakup or dramatic event! Gave me a great quiz answer for my Buffy S5 round too!

A memoir. If you are into nineties music like I am, you'll probably enjoy it. 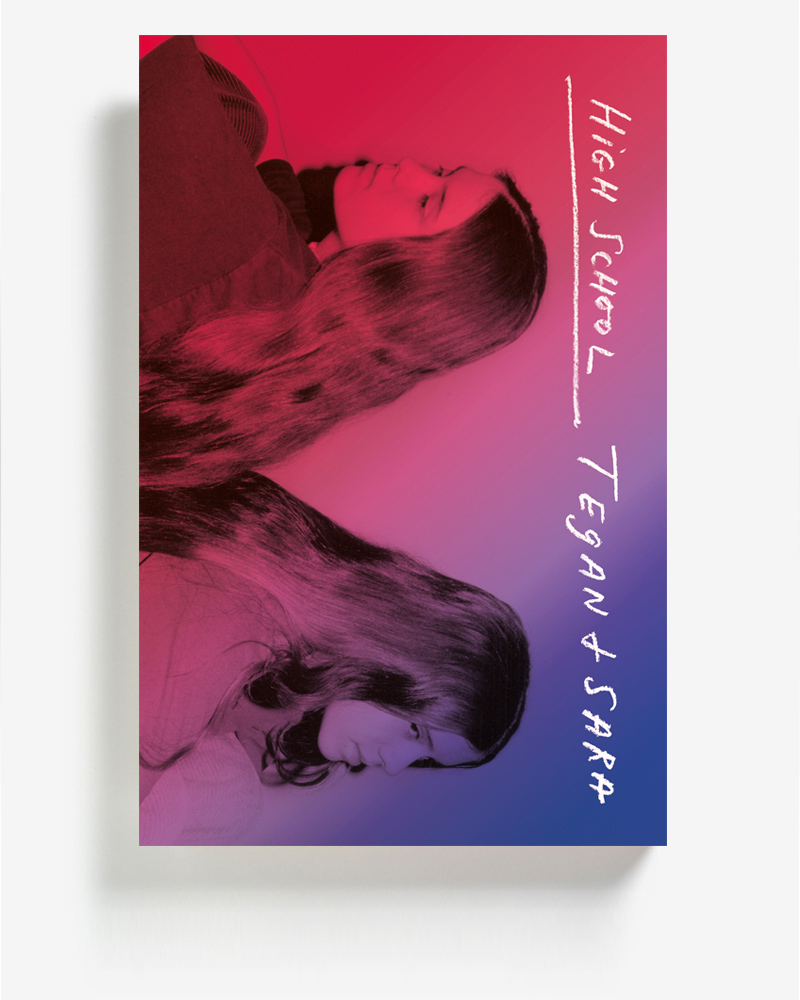 Black Thorn
Avgrunnsblikk - Jørgen Brekke 2.5/5
A good crime novel with some wicca sprinkled over it. Not ground breaking or anything, but about what my distracted mind could handle at the time. I’m still a bit sad a cat was killed though. Stay away from the kitties fictional bad guys!

Spanky
Isn't that a series?

Black Thorn
@Spanky yeah, about the same detective. I just picked one up at random though and it was perfectly comprehensible as a stand alone

two by two, hands of blue

Black Thorn
I just finished reading Becoming Superman by J Michael Straczynski, an autobiography of his life. It's a really quick read because of the conversational writing style, but an enjoyable tale of getting out of his old life and being a writer in Hollywood. Feels more like a novel than an autobiography, because it's less formal than others with not much extraneous details and dates, and has the structure of a mystery or thriller with its setting up of a specific ending. I liked it a lot, and I didn't expect to because I don't know much of his work, just the few main entries.

A good read regardless of your knowledge of the man.

The story: guy is obsessed with cute girl, guy inherits a lot of money, guy buys house and creates a bunker, kidnaps girl and keeps her there. Story is told from both of their pov’s. Slightly traumatizing.

TriBel
Managed "The French Lieutenant's Woman" years ago but otherwise couldn't get into Fowles.

Black Thorn
The Rise of Skywalker: Expanded Edition - 8/10
Now the film makes sense. There are added pieces of dialogue that feel key to how a character acts in here that aren't included in the film. Other sections of information about Palpatine and Kylo Ren especially complemented it, it's only a shame you couldn't see some of these things on screen.

Priceless
I really enjoyed this book

Black Thorn
Anne of Green Gables 9/10
Wholesome fun. Can’t believe I never read it before . -1 point for all the trash talk about having red hair. Red hair is awesome. Be proud of your redheaded self young Anne!

Spanky
Did you read it with one eye?

RachM
Love Anne of Green Gables. If you get the chance, check out the miniseries from the 80s, it's beautiful!

Practical Magic - Alice Hoffman 5/5
I had no idea this was a book! Though it is pretty different from the movie, in all but the essential, I loved this. It was a lot more raw than the movie is, but I loved it. Now I want to read more by this author!

@RachM oh I had no idea Anne of Avonlea was he sequel, I'll have to see if I can find the original series! The sequel can only be found here on something call the Faith Network or the like, but maybe they have both.

RachM
Anne of Avonlea was the sequel miniseries (and is beautiful) but there is one called Anne of Green Gables based on the first book.

Puppet
Wow, I'd love to read the Practical Magic book!

A great read for TV nerds and those looking for new shows to discover or to be sold on a certain shows. A good way to discover gems. The sub-genres part is really detailed. The top ten lists are fun. The actually 100 shows rankings I have a lot of disagreements with, the likes of West Wing, Six Feet Under and Buffy are way too low for example. But they make great arguments.

Black Thorn
The Rules of Magic - Alice Hoffmann 5/5
@Puppet another tip for Practical Magic fans! This is the aunts’ backstory and it is great, they have a fascinating backstory and the extended family is really interesting too. Lot of love stories, like PM, but this one also includes a gay main character and (in the periphery) commentary on the LGBTQ movement in 1960’s New York. I really like Hoffman’s take on magic and also it’s dangers, like a careless wish can have life altering ramifications for everyone.