Rate the Last Movie You watched #35

Young and Innocent (1937) - An early Hitchcock film, with all his trademarks twists and turns, really enjoyable, though warning for blackface, which does play a large part in the denoument 8/10

Dogs of Winter
Ive been watching a few Hitchcock films recently but never heard of this one. I will have to add it to the list

TriBel
The earliest Hitchcock film I've ever see in The Lodger (1927). This isn't in any of my boxsets...I suspect you've made it up! 😄

3 Colours Blue - 8
Very moving tale about a woman who tries to cut herself off from life after the death of her family but is drawn back to human contact. Emotional without being sentimental and great performance by Juliette Binoche. (Although I do prefer 3 Colours Red)

The Trial of the Chicago 7 - 8
Really entertaining and well written with good performances. It does have a kind of pantomine quality to it, but then so did the actual trial from the little I have read about it!

Lovely and Amazing - 7.5
Funny, charming and quietly insightful comedy drama about a family of women who are shown with real flaws and allowed to make mistakes in a way you dont always see with female charcters in films

It's actually 3 former classmates of the same Hong Kong 'drama school' at the height of their powers , Jackie Chan , Sammo Hung and Yuen Biao . The story is a bit pish , but the martial arts and stunts are as good as you're gonna get without computer touch ups . The ending fight is rated one of the greatest of all time . Not sure I'd go that far but it's a proper treat .

It would score higher but the Spanish location meant they were fighting regular western stuntmen for much of the film . Hong Kong comedy has never really tickled me either .

I wanted to like this film - I tend to love 90s/early 2000s thrillers, but this one fell flat. The plot was ridiculous, for one. Made absolutely no sense. I'm still scratching my head at the ending.

I'll rate it I've watched more than 6 min and 41 seconds.

Priceless
I really want to see this film

whatdBuffyDo
Yeah I am at minute 26 for like two months(?) I felt too depressed to continue but I will watch it eventually.

Fixed it for ya

Spanky said:
Fixed it for ya
Click to expand...

No argument from me but the other comments still stand. If I deign to shop at Amazon it'll be for razor blades. This is a sad film...in the original sense of the word.

Spanky
And somewhat unrealistic, or at least sanitized, based upon what I know of it.

This is an extract from The Guardian that I think describes it well (thus far):

The film shows you that, along with the hardship and the heartache, there is also serenity in this way of life, even a kind of euphoria – without the burdens of a house and possessions you can have a glorious and very American freedom in the lost tradition of Emerson and Twain.

@Spanky "And somewhat unrealistic, or at least sanitized, based upon what I know of it".

I dunno...the use of what I presume are non-professional actors give it a documentary feel...it reminds me a bit of Agnes Varda...at the same time it feels idealistic. It could only be American...nowhere else is big enough. I'm torn between "that could be my life" and "Thank the powers that be it's not my life". It's kinda Into the Wild for Senior Citizens.

Spanky
I personally know people that do that, and watch a lot of youtubers that do it, just about everyone has a horror story or two to tell. Especially for women travelling alone.

@whatdBuffyDo Yeah I am at minute 26 for like two months(?) I felt too depressed to continue but I will watch it eventually.

If it helps...it took me about 2 1/2 - 3 hours to watch. I kept switching to Freddie Mercury/Queen videos for some light relief. 😄

whatdBuffyDo
Seems to be a good idea :')

Skyfall - Renewed my faith in Bond, still a cracking film 10/10 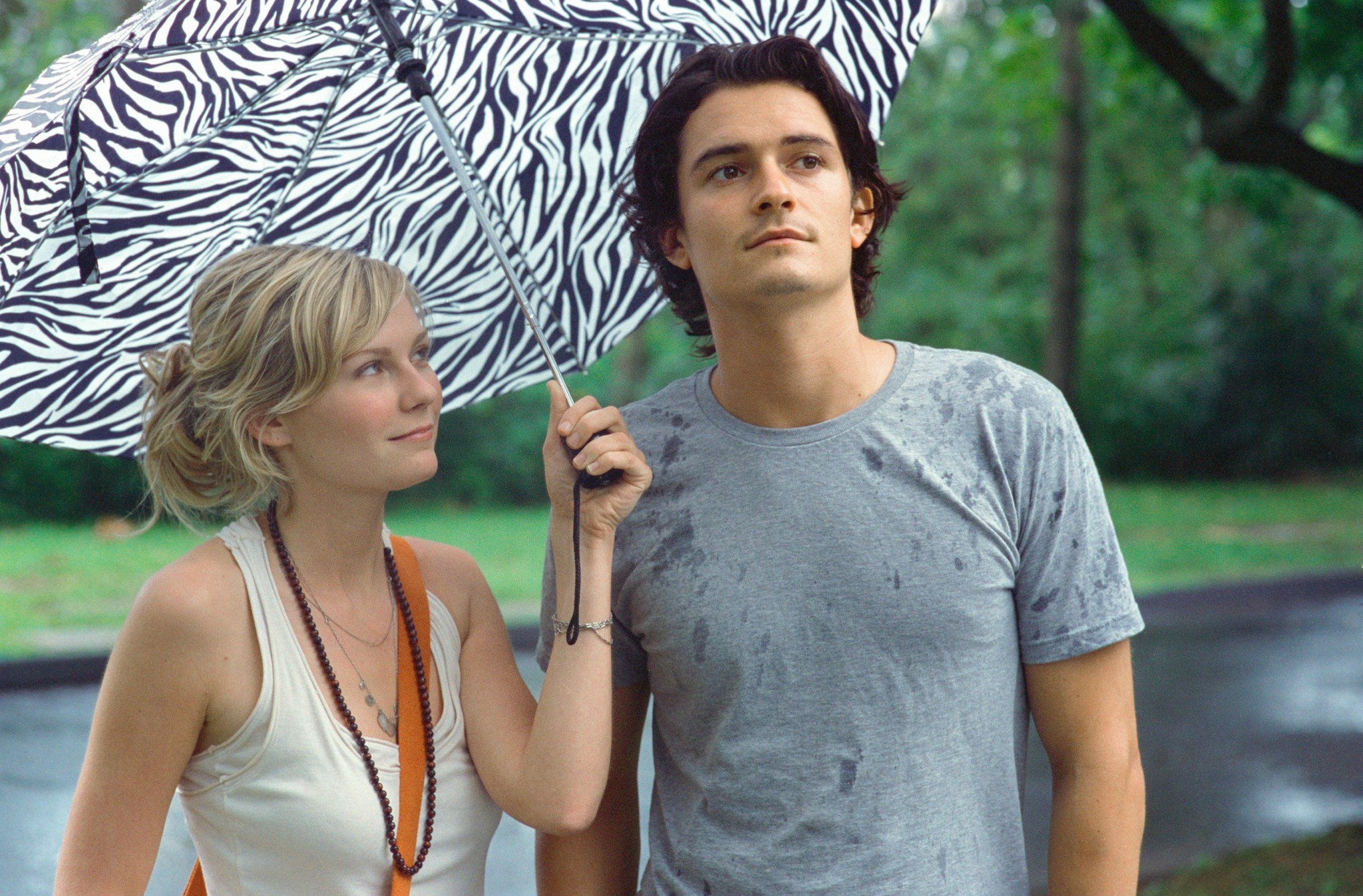 The film about the guy who landed the plane in the Hudson river back in 2009 after a bird strike took out both the engines. It's a good movie.

Watched it against my better judgement...kinda because it was there. I think it was worse than I expected and paradoxically better. Elton irritates/irritated me...everyone in it with the exception of his gran is a dick. Then again, Elton and Bernie wrote some good tunes and it deployed them well. Not sure it's worth the 5 stars Kermode gave it. Perhaps he was in a jolly mood at the time. 😏

I am not a big fan of stories about pure, everlasting love but the execution of this movie was so Satoshi Kon-ish that it got to me eventually. I like the touch of magical realism in Satoshi Kon's movies and this one is no exception.
This film made me think that Amelia Brand in Nolan's Interstellar shares some obvious similarities with the main character here, Chiyoko. If you watched them both, let me know if you thought so as well!
Japanese cinema references, especially Kurosawa (who else could it be? 😜) ones, were delightful.
Now that I finished four feature films from Satoshi Kon, I wonder how long it will take until I rewatch them all. 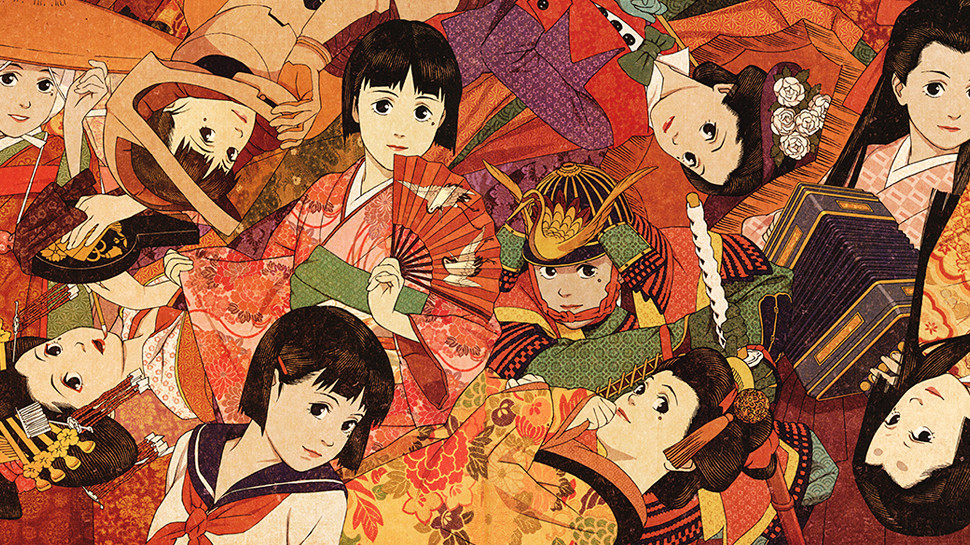 TriBel
"Japanese cinema references, especially Kurosawa (who else could it be?)" Well it could have been Ozu or Koreeda but I'm guessing it wasn't? 😉

Sineya
@TriBel Oh you are both theoretically and practically right about Ozu not only because he is a master of cinema whose work deserves to be referenced in any film about cinema history, no questions asked, but also because the main character of Millenium Actress and some characters she plays are inspired by Setsuko Hara therefore Ozu references are also there! However I don’t think Koreeda was an inspiration for this film since he was a fairly new face in Japanese cinema when Millenium Actress was made. But I could’ve missed if there was any especially since I haven’t seen his early work. 😳
It was my Kurosawa and Toshiro Mifune bias who was talking in the post above though. To me, they were the best references in Millenium Actress. 😄💜