Leprechaun 2 (1994) 4.5/10
Sandy Baron of Seinfeld fame is a blast in this and probably the highlight of the film. It was also nice seeing Kimmy Roberton (Lucy from Twin Peaks) in a cameo.

The Woman in the Window (1944) 7/10
Solid noir with a strong cast and decent tension and plot. Not quite sure what to make of the twist, but was different for the genre.

Leprechaun in the Hood! (2000) 8/10
Okay I need to catch up with his trip to space, but where do you go after space? You crash back down to earth and slum it with your peeps in DA HOOD!!

Sineya
X-Files: Fight the Future 6.5/10
(after showing a clip of Mulder urinating beneath a poster of 1996's Independence Day)
"Hahaha, hahahaha, oh my god! That is so funny! Hahahahaha! Absolutely brilliant pinpoint satire from Chris Carter. No wonder he went on to such a distinguished, varied career that in no way peaked and sputtered out in the '90s like the human equivalent of Pogs. I mean, just look at it. (shows the clip again, laughs again) Do you get it? Do ya?! The X-Files is a smart movie about space aliens, and Independence Day is a stupid movie about space aliens, and the best possible way to point out this obvious superiority was to have the paranoid conspiracy guy pee on something. Ha! Classic.

And in no way is it as lame and awkwardly dated as The X-Files overall, since that series definitely didn't ultimately reveal itself to be a rambling cluster-f with no idea where anything was going and absolutely doesn't not work at all now that we're all slightly more aware that smug, paranoid white guys who think the government is out to get them are in reality seldom sexy, interesting or particularly heroic. Ha-ha-ha! Nope. Fox Mulder doing a literal piss-take on the ID4 poster is THE height of sophisticated satire undertaken by an enduring classic film against a disreputable flash-in-the-pan. I mean, that's just one of the reasons why X-Files: Fight the Future is considered a modern classic audiences worldwide can quote from memory and that you can't help but rewatch every time it's on, while Independence Day is a forgotten '90s relic that feels like it never happened, right? Right?"
- Bob Chipman's meanspirited take on X-Files: Fight the Future in his "Independence Day: Really That Good" video

In my defense, I hesitated against posting the above quote (let alone posting the entirety of it) not just because it feels overtly meanspirited, but also out of fear that it might distract from the review. Buuut on the other hand, I grew up with Independence Day and it's a favorite movie of mine and I had to deal with that look from people whenever I said that it's one of my top 10 movies. Yeah. So that short scene in the X-Files movie, belonging to a franchise I didn't grow up with, making fun of my favorite movie in such a tasteless way for a quick fatuous joke, really deserves that overtly verbose and meanspirited quote in my humble opinion, especially when it turns out that the big-screen debut of the longrunning TV success wasn't even that big of a deal, feeling more like an extended TV episode that in no way dealt with the ongoing mythology arc of the series in any consistent or satisfying way.

In fact, Chris Carter and director Rob Bowman (who went on to such a successful film career with the likes of Reign of Fire and Elektra) had the challenge of appealing both hardcore X-Files fans and casual movie fans who might have just came across the franchise for the first time. Its clunky expositions and awkward handwaving of self-contained storylines that were of very little significance to X-Files season 6 show just how problematic this particular film adaptation of a successful TV series really is under the surface, and in no way did it mirror the much more satisfying and successful The Simpsons Movie (2007) that provided a far more satisfying closure than this movie ever could for their respective TV counterparts. And this is even more frustrating for an anime fan like myself, because movie extensions of TV series happen all, the, time in anime (particularly popular mainstream anime like One Piece and Detective Conan). I've seen at least a dozen of these and have been utterly disappointed by at least 60% of them, feeling like I just wasted myself an hour and a half of my life that I'll never get back.

But in all fairness, much like those anime movies, there is still some appeal in bringing a TV production to the big screen: bigger budget, a grander scale and a chance to reinvent the classic theme song to something more epic and orchestral. You get huge building-destruction explosions, you get intense helicopter chase sequences through a corn field, you get multiple guest stars like Martin Landau, Armin Mueller-Stahl, Glenne Headly and Blythe Danner, and you get an all-expenses-paid film expedition to Antarctica with Lord of the Rings/Peter Jackson-level of scale when setting location backdrops in the narrative. Everything is bigger and louder than the TV series.

However, let's face it, the real appeal of this movie is the Mulder/Scully relationship, the two important speeches in this movie that define the significance they provide to one another. And even if Fight the Future's silly little virus storyline magically cured by a vaccine (after the infection has taken place - that's not how vaccines work!) is insignificant and even counterproductive to the TV production, it does well enough in reflecting the overarching themes and the spirit of the series, and maybe that's sufficient and should be the realistic expectation one should have going into such a film.

Mulder: "How many times have we been here before, Scully? Right here? So close to the truth. And now, with what we've seen and what we know, to be right back at the beginning with nothing!"
Scully: "This is different, Mulder."
Mulder: "No, it isn't! You were right to want to quit. You're right to want to leave me. You should get as far away from me as you can. I'm not gonna watch you die, Scully, because of some hollow personal cause of mine! Go be a doctor. Go be a doctor while you still can."
Scully: "I can't. I won't."

Such a conversation might as well been Chris' own summary of the two characters, their motivations and how that motivation has affected one another, with Mulder's vengeance against the government for kidnapping his sister becoming an obstacle in Scully's medical ambitions, while Scully's own cynicism and pragmatism have been softened by her inspired admiration for Mulder's passion and faith for the unknown. The film's core appeal is its character study, even if it's not so much character development. It's a self-aware callback to the show's frustrating meandering in conspiracy-exposure that ultimately lead to fruitless effort, but nonetheless tightening the bond between the two agents' pursuit of justice in their own definition and context of the word.

It's a heartfelt commentary on the series, an endearing one that feels like a nice tribute to what the series stands for, two passionate souls trapped in a meandering journey to nowhere with each other's company their only comfort. Even if Scully is once again reduced to a damsel archetype, even if she's once again trapped in a forced impregnation narrative that also plagued so many older series like Angel and Star Trek: The Next Generation the same way it plagued The X-Files (it's practically a central narrative for Scully in the series' fourth and fifth season), these saving graces are perhaps enough to say, "it's good enough of an effort for their first movie," even if their follow-up film adaptation would ultimately end in disaster, disgrace, and on the audience's part, voluntary amnesia. It's good enough.

That'll do, Chris. That will do.

Zero out of Ten

Damn this film is terrible. 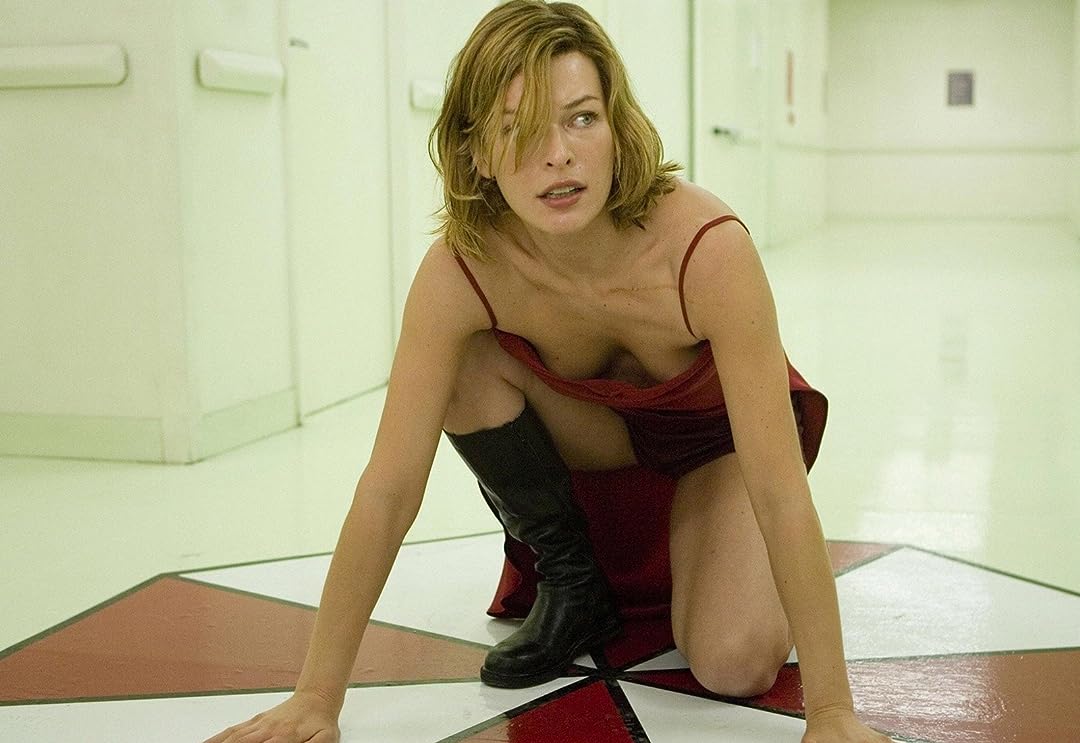 Black Thorn
Disclosure (2020) - 9/10
Heavy, but gorgeous look at the history of the transgender community in media over the decades, with countless interviews by transgender actors and others. Even opened my eyes to some stuff I hadn't ever thought about, myself. As someone who doesn't really watch a lot of documentaries, this one will stay with me, for sure.
You must log in or register to reply here.
Share:
Facebook Twitter Reddit Pinterest Tumblr WhatsApp Email Link
Top Bottom