I guess most Buffy fans watch this to see Dushku and Kramer but for me the MVP is Kirsten Dunst who brings so much enthusiasm to her performance. 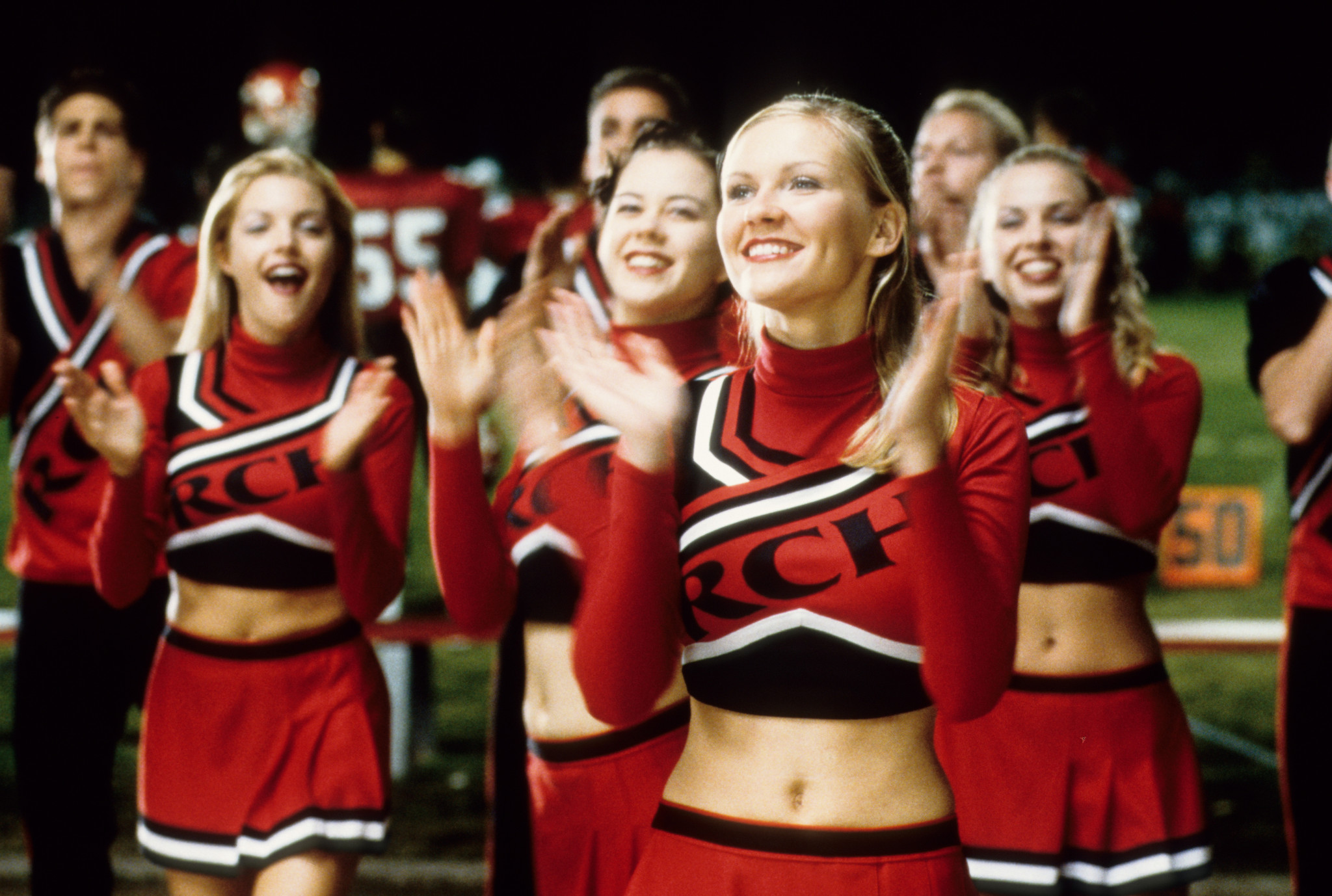 Fuffy Baith
I must of watched this movie over a dozen times as a teenager. Still love it.

HowiMetdaSlayer
the 2nd trailer was better but more revealing

2 thumbs up. One of the better horror movies I've seen of late.

Mr Trick
Will take a look at it. The trailer doesn't look too good, but am up for checking out most horror.
T
thrasherpix
Loved this one myself, especially the war between maternal and vampire instinct. I'd say it had flaws, but still far better than anything Hollywood has churned out about vampires in over a decade. The vampire breed made me think 30 Days of Night. 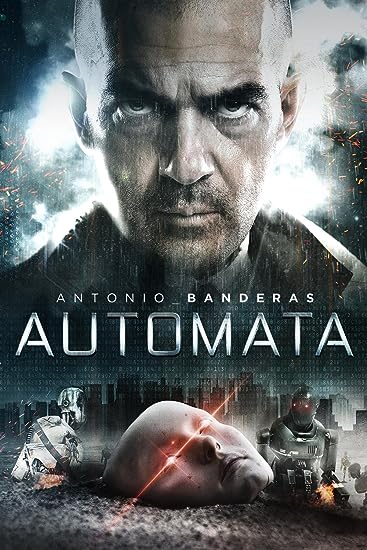 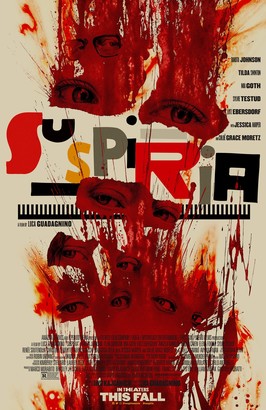 Ghost Boy
I need to get around to seeing this one.

Really uninspired acting by Boreanaz in this film. Just awful. 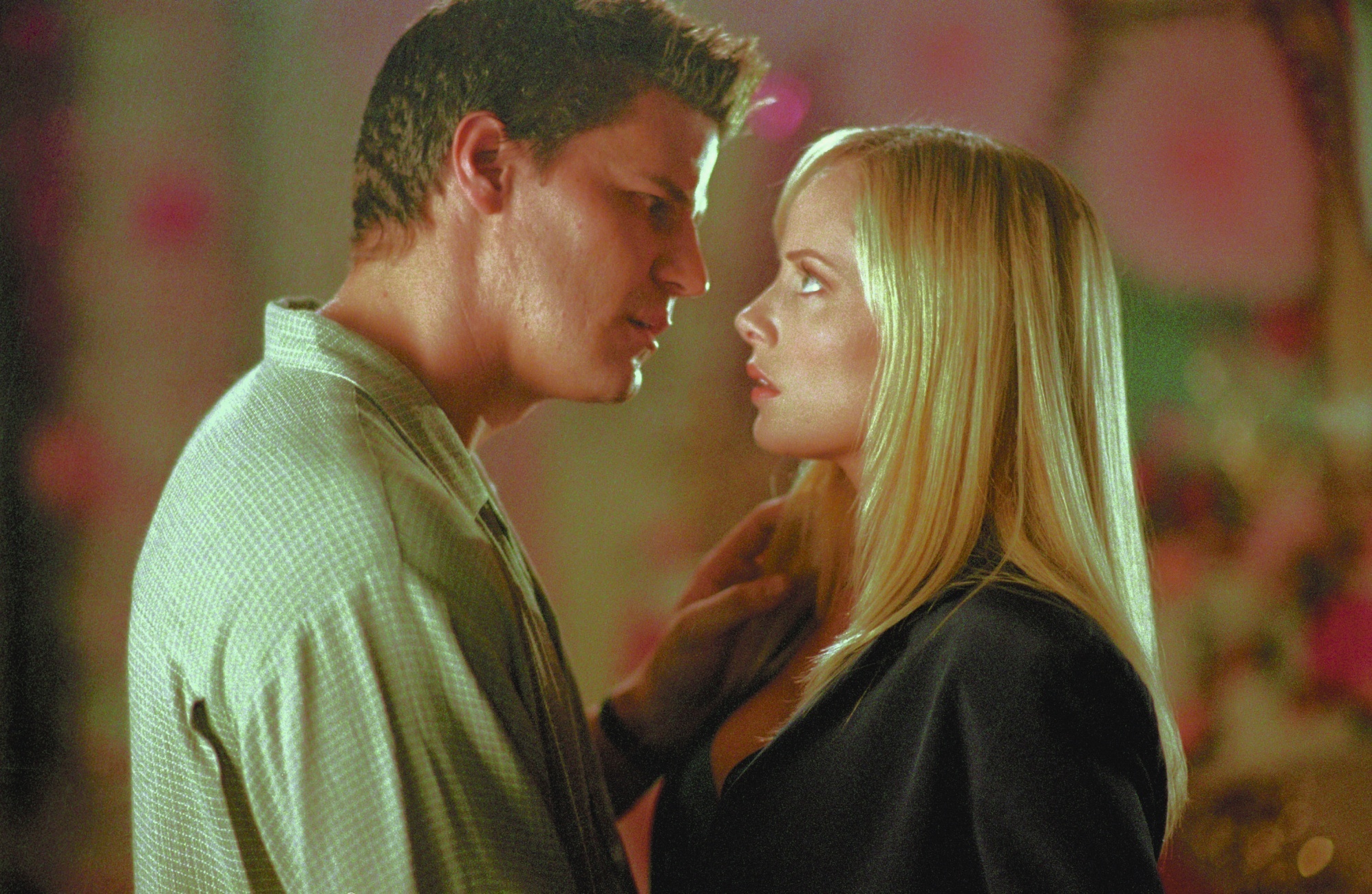 Fuffy Baith
It's a decent B "horror" movie, I watched it a lot as a teenager. Boreanaz is so bland in this though.

Sineya
Army of the Dead - 6/10
Finally got around to seeing this Zack Synder Netflix film. My fiance and I both enjoyed it but it's got some problems. This might have been better as a limited series. Either that or cut the runtime, 2.5 hours feels like 3. It's way too long. The zombies while pretty cool reminded us of two things; the new Planet of the Apes and the wightwalkers from Game of Thrones. It was a cool concept to make the more sentient with an organized structure, but that doesn't really have much to do with the plot. The movie would've worked if they were advanced zombies. Also, the character development is super poor and Dave Bautista isn't a good enough actor to pull off the dramatic moments. Also, all the cool characters die! And the "twist" bad guy was too obvious. It was a decent action film, and Las Vegas is a great backdrop. So, if you just want mindless action vegas fun, it's good at that, just don't expect more. Some of the characters were really fun and funny and keep you interested.

The Girl with the Dragon Tattoo (2011) 5/10
Never seen any of these movies nor have I read the books. I thought I'd start with David Fincher's version. It's got a good cast, Daniel Craig, Rooney Mara, Stellan Skarsgard and Christopher Plummer to name a few. This movie also felt way too long, or maybe I wasn't engaged enough. It's a decent "murder mystery" but not a good thriller. The character of Lisbeth Salander is intriguing, I might watch the other films. Unfortunately this movie has the same problems with me that Fincher's "Zodiac" had. He becomes too indulgent in the investigation paperwork, which is just not that captivating visually for a movie. I enjoyed the intrigue but maybe there's a reason I never got around to this film.

HowiMetdaSlayer
♥ both versions of The Dragon Tattoo!

Ghost Boy
It's been a long time since I've seen Girl With The Dragon Tattoo but I remember being similarly underwhelmed by it.

This was good entertainment, but it is all there is to it. At some points it acted as a parody of thrillers but then embraced what it seemed to satirize beforehand, so I don’t know. I don’t really want to rate it the same way I rate movies I consider “art.” But I definitely had fun. 😄 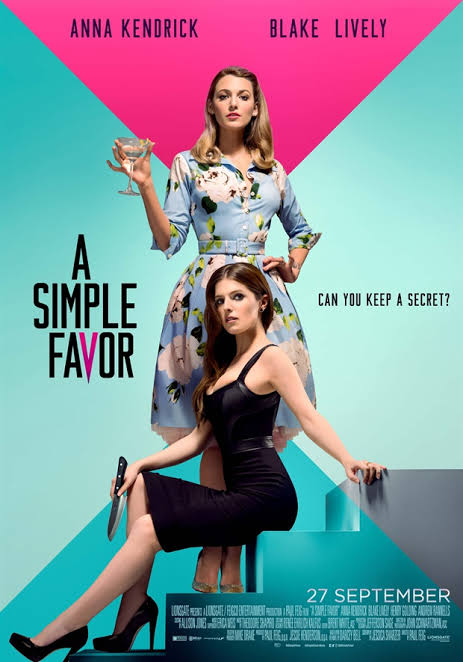 Ghost Boy
Another one that I would like to see!

When you’re in the first part of the movie it feels kind of bland, there isn’t a ton of tension or focus placed on the passengers as they’re hijacked. But that’s because this movie is really about vampires, I don’t think that’s a spoiler because you know all of this from the trailer. I felt very satisfied by the end of the film and I think there’s really interesting messages behind everything.
T
thrasherpix
I agree that it's slow, but also that I appreciated the later parts more because of it.

A lot of funny moments in this one. 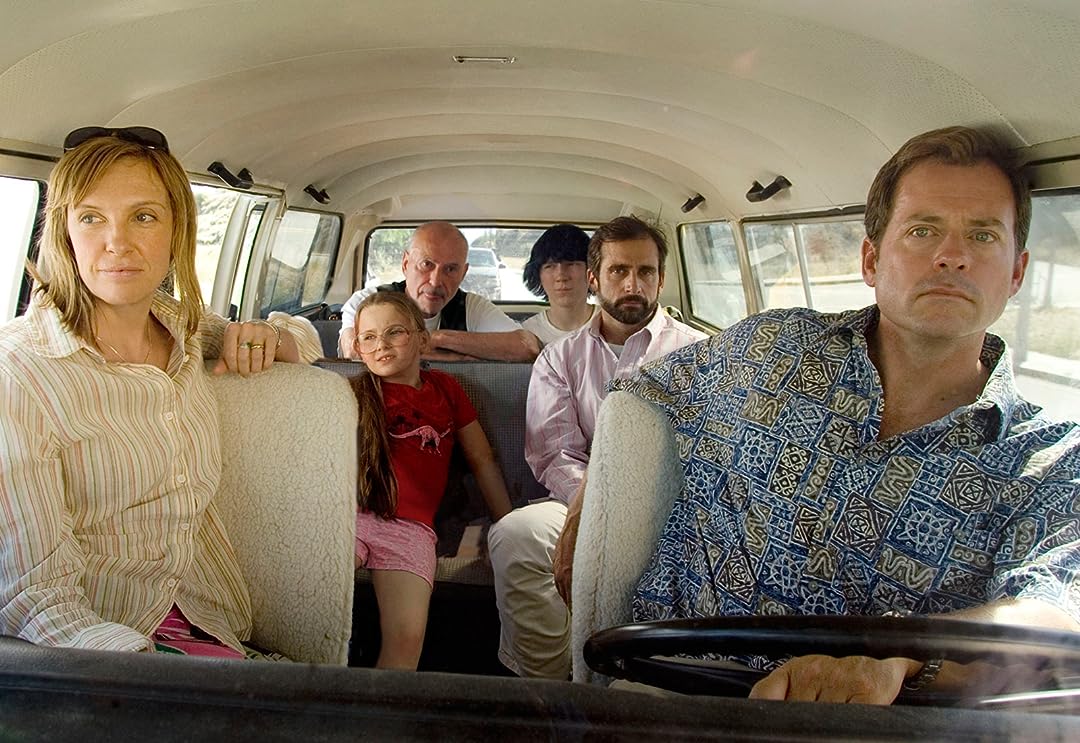 Spanky
a great cast too

Would give this a higher score if Owen Wilson wasn't in it (I realize he co-wrote the script but I absolutely hate him as an actor).

Ben Stiller often irritates me in most of the films he's in but he's quite good in this. Actually wish his character had more scenes.

Bill Murray feels a bit wasted in this movie, there's not much for his character to do. 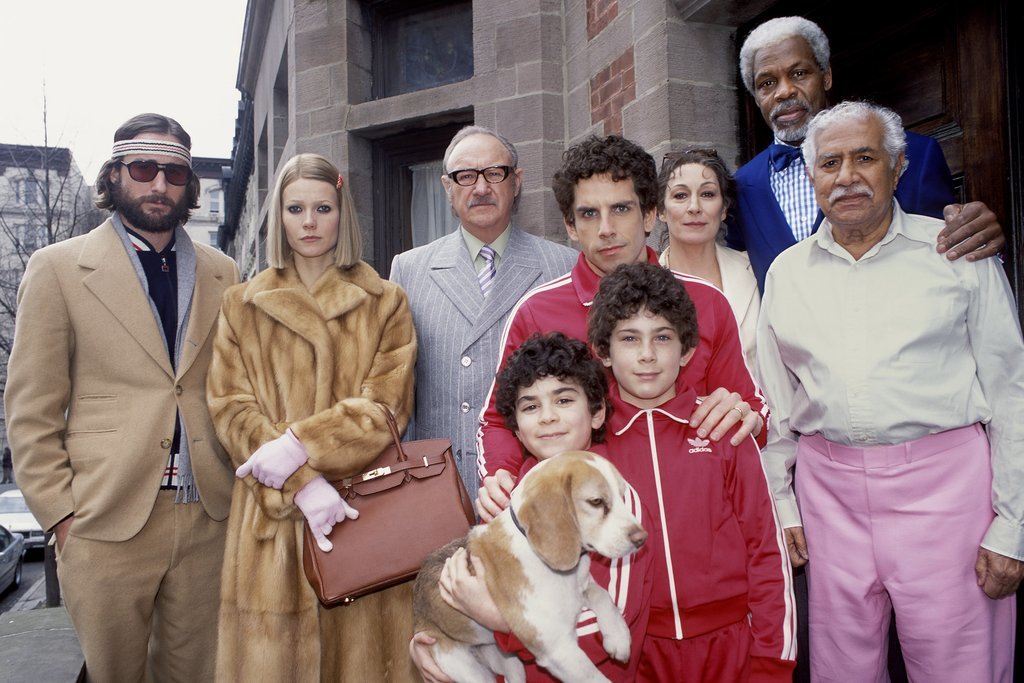 Black Thorn
(Re-Watch) Man of the House (2005) - 6/10
It's a fun film that I can watch every five-to-ten years or so, to get a good laugh and see Tommy Lee Jones at his very best. It doesn't actually age quite as badly as I had thought before doing my re-watch, so that was a plus 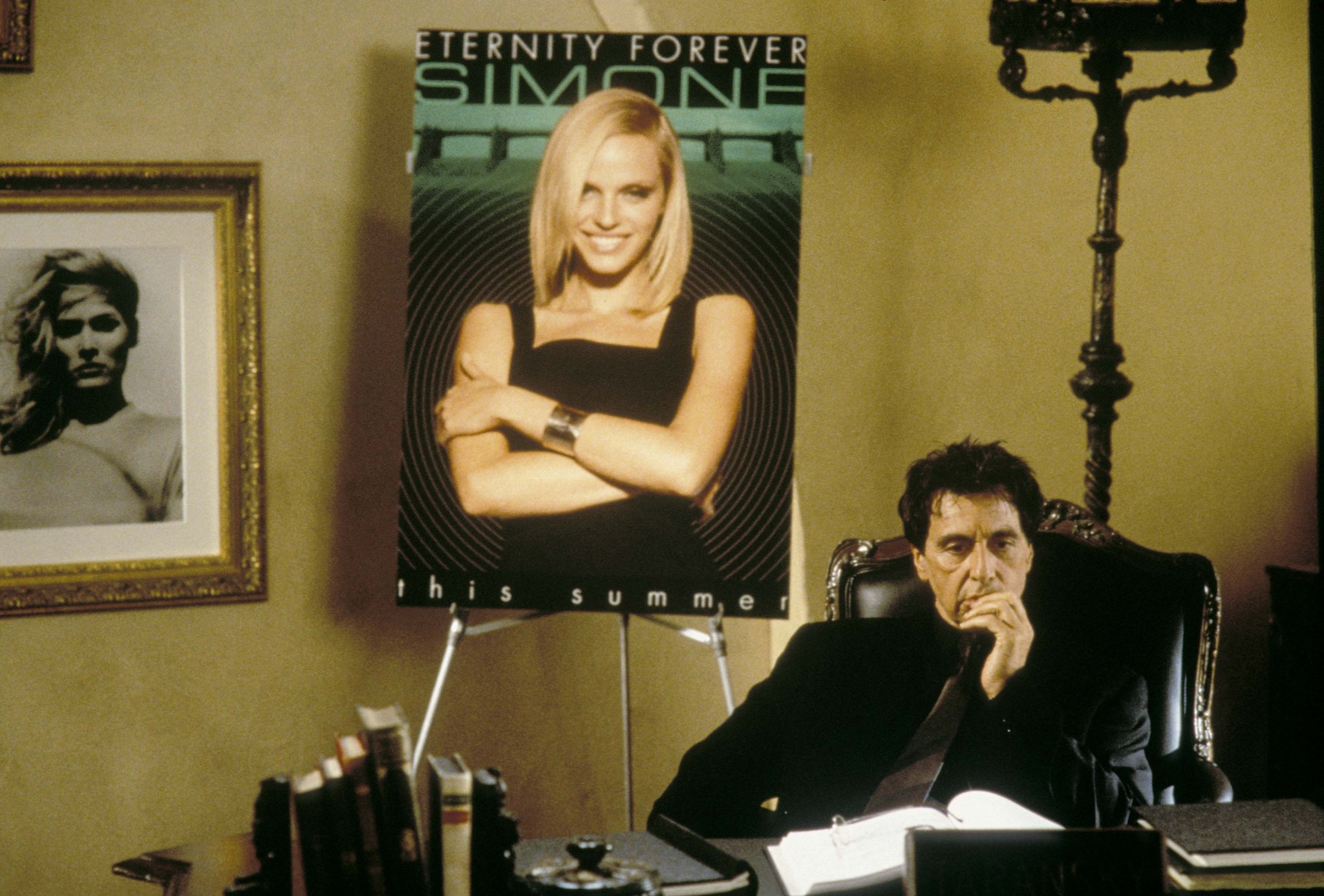 whatdBuffyDo
I need to watch this sometime

Dogs of Winter
Love this film. Apart from the first LOTR I think this is his best one 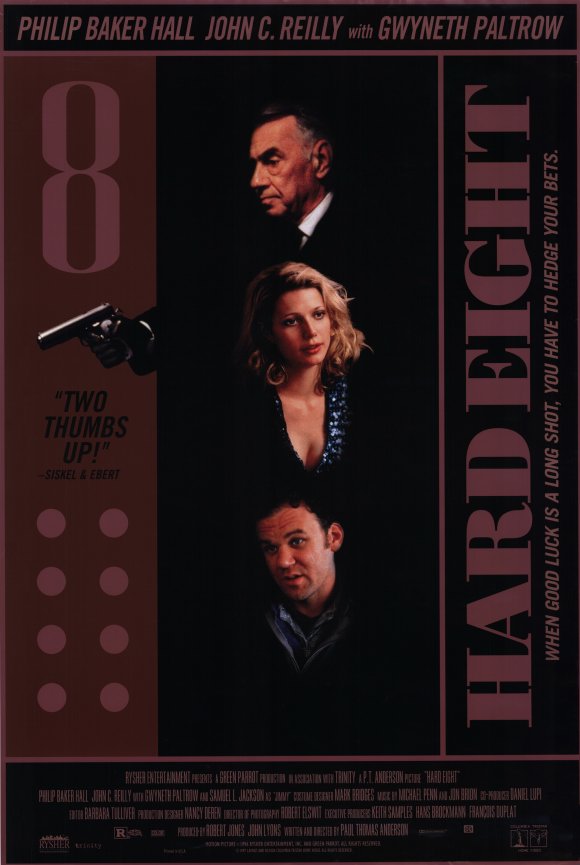 Mr Trick
Yeah not PTA's best. Only seen it once.

whatdBuffyDo
I will see it sometime just because it is PTA's feature film debut.

whatdBuffyDo
I want to watch this too lol

Sineya
Fargo (1996) dir. Coen Brothers - 10/10
I haven’t been affected by a movie this much for quite some time.
I came into the movie by expecting a kind of black comedy where pointing at the hilarity found in a dark subject matter was enabled by blocking the audience’s immediate empathy towards a character. But noo, characters were always too believable to be caricatures. So even at the moments of intended funniness, I still couldn’t help myself being worried about the situation played. I could only laugh for one or two scenes. Fargo is a drama and a thriller more than it is black comedy.
The path of the story was mostly formed by the decisions directly made by characters and since the characters felt actually real, events felt real and effective. -I didn’t buy the based on real events thing even from the beginning- Composed by Carter Burwell, Fargo, North Dakota is a superb soundtrack for this movie. At the end of the movie, I was left very heartbroken.

HowiMetdaSlayer
♥ Fargo - the series is good too