Sarah's weight loss in season 6 and 7

Location
Citizen of the World

SunnydaleGlitz said:
Either way, it's really SMG's business how she feels about her weight, and she looked pretty amazing throughout the show.
Click to expand...

SMG does seem to like her body thin. I recently started following her in Instagram and she misses her body pre-kids – she still says that wouldn’t change her kids for anything. The problem with famous people is that they might promote an unhealthy body image and BtVS belongs to a time period where extremely skinny women were actively promoted across the board. They were also portraying high school girls, which is particularly problematic if young girls try to imitate their heroes. I think that Alyson Hannigan, Emma Caulfield, Eliza Dushku and Amy Acker are indeed thin but look healthier than SMG and JM in S7.
B

HushSarah said:
Sarah's look in Season 4 was the beginning of something that didn't look natural. During the peak of the show it's popularity Sarah felt influenced to work out and get that lean look. The look that today is considered "the thigh gap" which didn't look right on her body. To me, even though she wasn't done maturing, Season 3 was her best look, she was healthy, fit and not emaciated or tired. Season 6-7 she was obviously stressed from the show and it showed.
Click to expand...

So disagree. Theres a a picture of SMG from the episode the Prom and she looks so skinny and bony with her head way bigger in proportion to the rest of her ☹ I don't think she was different in S3 from S4 onwards.
Tbh Joss deserves some blame imo , the supposedly feminist icon should maybe have been a bit more Understanding of weight issues. It's noticable on his other shows, he likes girls/women skinny and bony as his actresses, so it seems more than just a coincidence

I've never heard Eliza described as thin before, in S7 she has evident curves (more so than her S3/4 self) and stands out from the rest of the female cast because of it.

I would also say that Amy Acker is just naturally skinny; she has the exact same body type on Angel as she did in 'Alias', 'Dollhouse', 'Person Of Interest' and 'The Gifted'. So it wasn't some Joss mandated thing in her case.

After having just started watching Buffy S6 recently I would say that Buffy is still very beautiful.

thetopher said:
After having just started watching Buffy S6 recently I would say that Buffy is still very beautiful.
Click to expand...

Agree completely! 💙I personally think all the cast women had normal, healthy bodies. I think Faith put it best in S7: 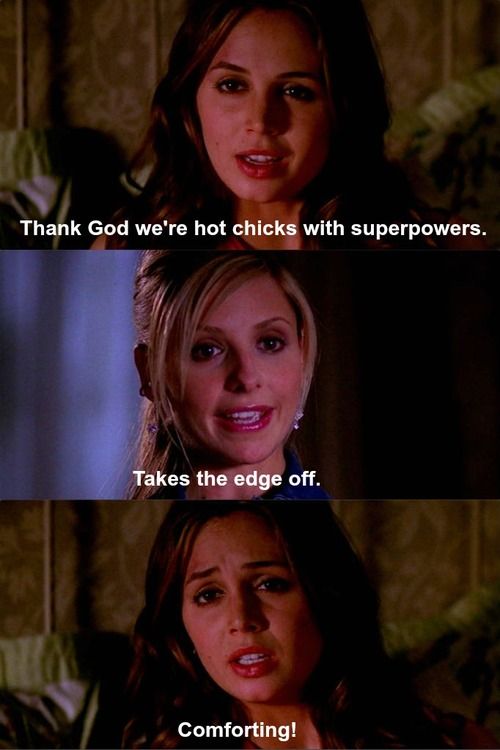 Location
where it snows

Being healthy is not "in" in Hollywood. Starvation is cool. For women, of course. Not for men. Men can be healthy or even hugely fat. Women must diet until their bodies are eating their own hearts to keep going.

I have often wondered if those women's doctors are doing their jobs - informing these women on the dangers of starvation and instructing them to gain some weight.

It is obvious that the management people encourage this dangerous ana/mia insanity. I can only pray that the doctors are at least TRYING to stop it.

Yes I totally noticed this and agree that the biggest change was probably between 3 and 4. I remember even as a teenage boy feeling a bit concerned about how skinny she had got.

SunnydaleGlitz said:
Agree completely! 💙 I personally think all the cast women had normal, healthy bodies. I think Faith put it best in S7:

I think that SMG is really hot as Buffy and we know that she prefers a thinner frame but I honestly think that there were several times in the show that she did look extremely thin. But if that's her preference, then so be it.

Sineya
I am reminded of how one person "encouraged" his children: 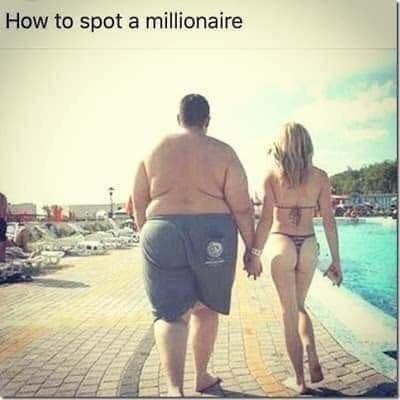 He told his son, "Study hard and this could be you."

He told his daughter, "Study hard or this could be you."

In all seriousness, Sarah started the series at 115 lb and went down to an emaciated 94 lb and would have been forced to go lower except for one thing: her stunt double had to go down in weight by the same amount and it got to the point where she couldn't do the stunts anymore. As for "missing her body pre kids", a lot of women wish they could go back to the time before children but that may be just because it was an earlier time when they didn't have as many signs of aging. For a number of women, the increase in bustline after having children is welcome and motherhood makes them look happier and better if motherhood was what they wanted.

Personally, I enjoy the curvy SMG that we see in season one the most.

She seems more carefree and almost happier as a person in terms of her figure in season one.

In later seasons, she seems almost to be drawn and too skinny, which affects the energy of her performance. She seems less happy as a person.

Black Thorn
As does happen to many men or women, having the extra money to buy a better quality of food means you can eat less to get the same amount of energy, hence you lose weight without even intending too.
You must log in or register to reply here.
Share:
Facebook Twitter Reddit Pinterest Tumblr WhatsApp Email Link
Top Bottom