The First Evil and Pride

"Can I trade in the children for more cash?"

Sineya
This is something I've been toying with for a while, and hopefully a good explanation of why the First monologues so much. The First Evil is something that doesn't real.y get fully explained in the Buffyverse. Obviously it's the "first evil" but that doesn't really mean much. But one day, I was thinking about theology and I came up with two connected theories related to the First: the Seven Deadly Sins and Original Sin. I don't know if this was intended, but I think it's an interesting idea regardless.
If you don't know the Seven Deadly Sins, they are: Sloth (laziness), Envy, Gluttony, Anger, Lust, Avarice (greed), and the worst of them all, Pride. Pride is not referring to being proud of your accomplishments, but refers to being prideful to a degree you believe you're better than others. It's considered the worst of the Deadly Sins because it has a tendency to lead to the others. The First Evil is obviously very prideful. It's constantly boasting and it never even crosses its mind it could be beaten. But I think it's a little more than that, something connected to Original Sin.
In the book of Genesis, after God creates Adam and Eve, he tells them not to eat the fruit from the Tree of Knowledge of Good and Evil. The snake then tricks Eve, and through her, Adam, into eating the fruit, which becomes Original Sin. This sin is not simply eating a piece of fruit, however. It's about disobeying God, and thinking they knew better than him. Pride is Original Sin. It is Pride that led them to listen to the snake and their own desires (to be equal to God, knowing good and evil) and led them to sin.
It's quite easy to connect Original Sin to the First Evil as well. The First Evil is the Original Evil, and the Original Evil was Original Sin. The words a synonyms with each other. If Original Sin is Pride, then the First Evil is as well. This is why the First talks about how powerful it is, but never really does anything. Pride is a passive sin.
As I said before, I don't know if this was intended, or the writers just didn't know what to do with an incorporeal bad guy, so just had it monologue all the time, but I hope you find it interesting regardless.
Thanks for reading!

Black Thorn
This is a real interesting idea

A little surprised that the show never really went to that area during its 7 seasons (12 counting the comics!). Having a connection between The First Evil and The Serpent would be kind of interesting

So, I know the show deffo has a Christian bias. However, as a Muslim, that'd also be an interesting take. Hell didn't exist until Satan refused to bow to Adam, citing that he was the superior, being made of fire compared to Adam being made of dirt.
Reason: Grammar

Sineya
Have one question. How do we know it was the First Evil . Could be that it just talks a good game .

As proof of that it couldn't bring Tara back so there are limits to its power .

I think the reason that the First Evil was all talk, and had too many useless monologues, is because the show and writers didn't even know how to represent a real "primordial evil entity" or plot holes.

Observing the representation of the First Evil and seasons 6-7, I considered that:
1) The show was influenced by a Christian point of view/representation, despite Joss declared to be an atheist and an absurdist.
2) Followed a little "puritanical" view in relation to sex/sexual relationships.
3) Represented things in a little too much "black/white way".

I also think that writers implicitly connected Spike-Buffy's sexual relationship and Willow's abuse of magic/"black magic" to something "Satanic" (according to the show's view and representation) (that in Buffyverse is represented by the First Evil).

In season 6, Spike/Buffy's relationship based on sex addiction was symbolically linked to Willow's addiction to magic. This addiction was toxic for both Buffy and Spike, and also ruined Willow's persona and her relationship with Tara.
The culmination of these problematic relationships was in "Seeing Red", where Tara got killed and Willow turned "Dark Willow" because of her magic addiction, and Spike tried to rape Buffy.
Writers wanted to represent that Willow turning into Dark Willow was related to something "Satanic" because she used books of (so-called) "Black Magic".
As a matter of fact, the "Temple of Proserpexa" that Willow searched was a "Satanic Temple" according to the show.

Anyway, the Seal of Danzalthar of Season 7 was based on the so-called "Sigil of Baphomet". This symbol (before being used by the Church of Satan) appeared for the first time in the 19th century book La Clef de la Magie Noire, by French nobleman and occultist Stanislas de Guaita: Samael/Lilith opposed to Adam/Eve. 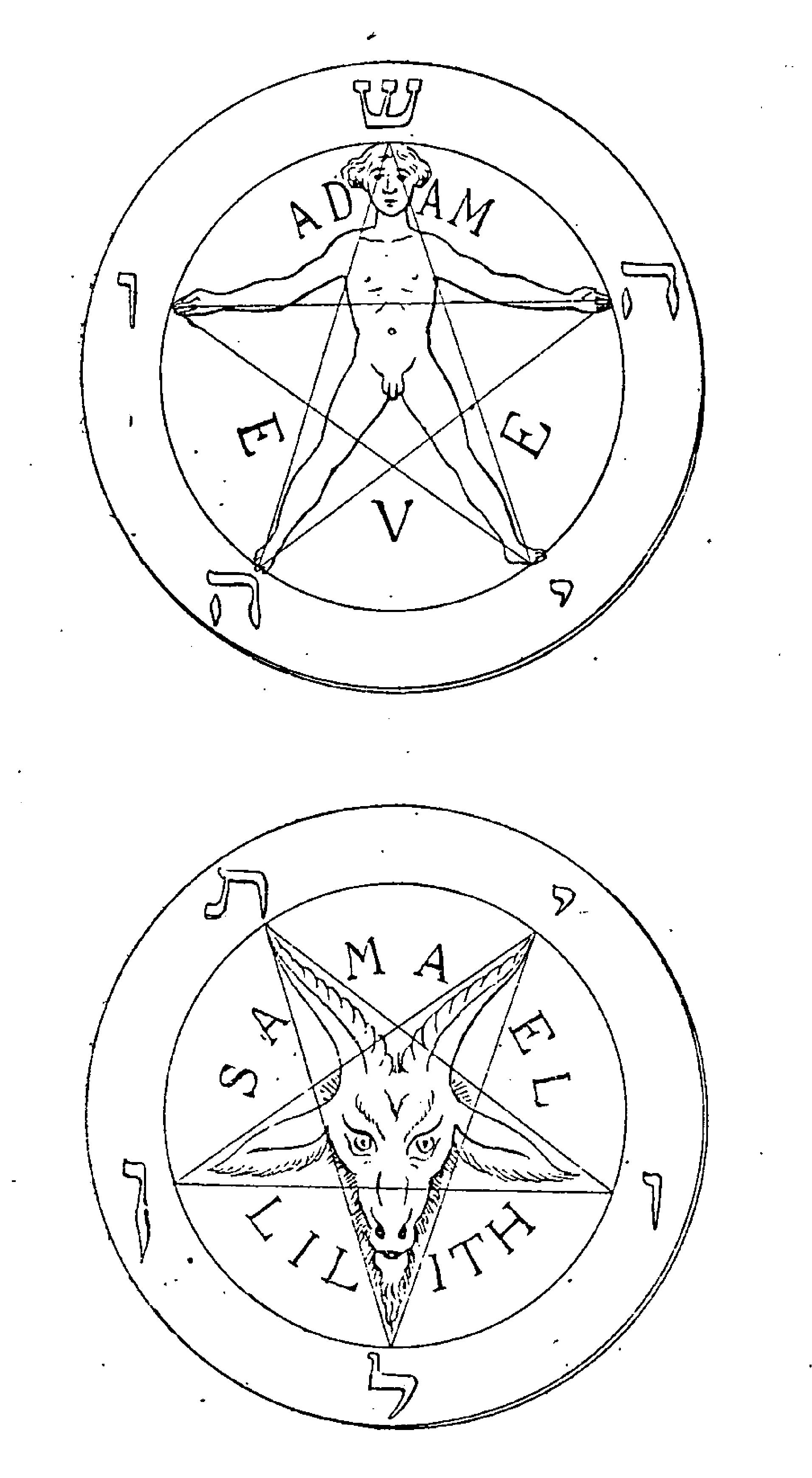 Stanislas de Guaita elaborated this symbol, probably, using as a base the representation of "the Baphomet" from Eliphas Levi, another occultist of the 19th century.
The Baphomet was a deity supposedly worshiped by the Knights of Templar and despite the many interpretations of the symbol, it was successively associated with the "Sabbatic Goat" image drawn by Eliphas Levi, which contains binary elements and represents the "the equilibrium of opposites" in relation to the principle "as above so below" because it was based on alchemical ideologies and theories.
The Sabbatic Goat drawn by Eliphas Levi was also based on the medieval Tarot of The Devil (number 15=5+1=6) that is the symbolic opposite of the Tarot of the Lovers (Number 6). Toxic love (The Devil) vs "Real" love (The Lovers). 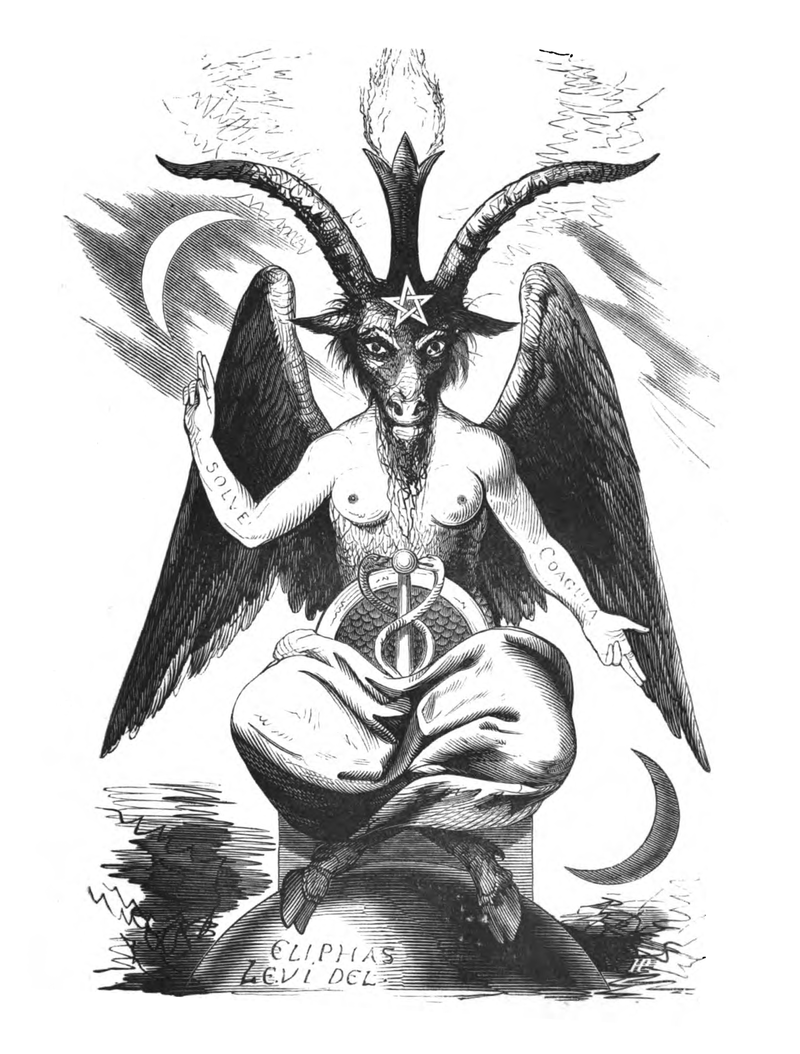 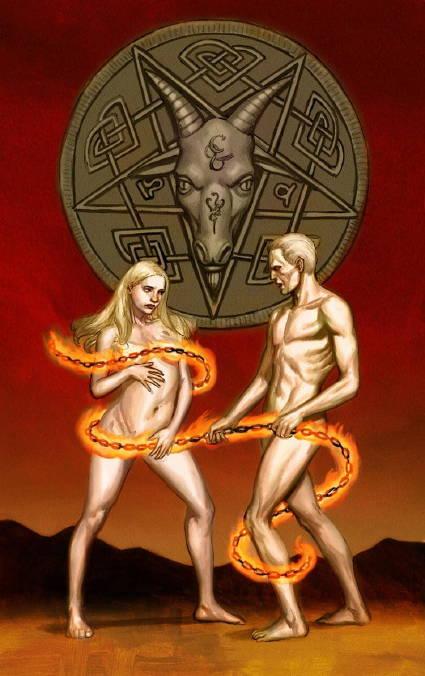 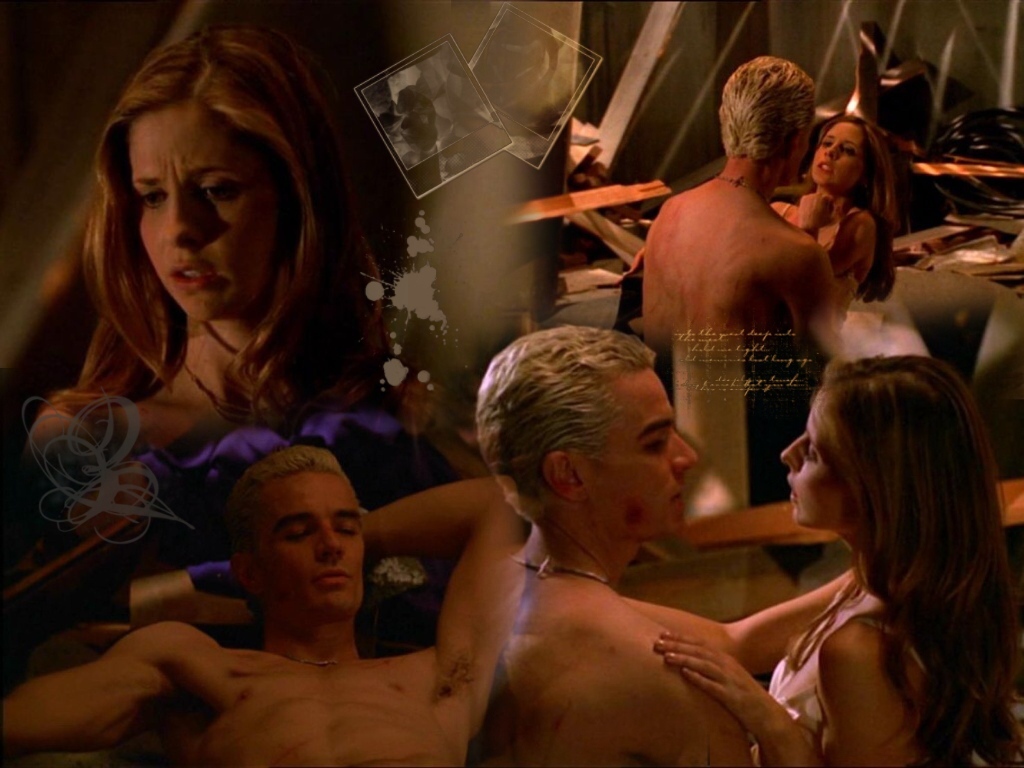 Willow's magic addiction and Buffy-Spike sexual relationship was linked subtly to something "Satanic" and in season 7 The First Evil appeared and became the main villain.
Also, the Tarots of Buffyverse represented the relationship between Buffy and Spike through the tarot of "the Devil" because it is sometimes used to represent possessive, selfish and dysfunctional relationships. Physiological dependency like a drug that usually originates from lack of self-respect or inner child trauma stemming from unconfronted abandonment issues.

The story of Buffy and Spike in relation to the First (the Devil) is related to the symbol of Tarot 15 (The Devil) that presents 2 humans (a man and a woman) chained that are lovers, that the Devil want to use (despite all the plot holes of season 7 and The First total incompetence)

In season 7, Willow tries to restart his activity with magic but is afraid of it like Buffy and Spike are afraid of their relationship, however, all characters during the season overcome these problems and reach the next stage. 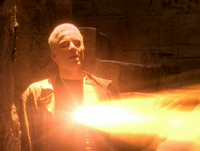 I think that there are some problems in the show:
1) The First Evil was ridiculous and an incompetent entity, season 7 presented plot holes.
2) The representations of the show based on contrapositions of black/white, good/evil, chaste/sexual etc. is a little too simplistic.
3) There is a problematic representation in linking necessarily abusive relationships with sexual relationships, which in reality is not necessarily true. (Buffy/the "good" girl falls into depression and engage in kinky sex with Spike/a "bad boy": toxic/abusive sexual relationship). The connection of kinky sex with something "satanic" (or necessarily toxic) is ridiculous.
You must log in or register to reply here.
Share:
Facebook Twitter Reddit Pinterest Tumblr WhatsApp Email Share Link
Top Bottom