Sineya
This is heartbreaking, warm and beautiful <3

Enola Holmes...meh. When I first saw it, I was desperate for entertainment, and it had cute bits here and there, but I absolutely hated what they did to Mycroft, and on a second viewing found a lot more to hate. Moving on to an oldie next.

@TriBel You were spared then. Everything in Enola Holmes was too obvious, cutesie (whilst also being angry), and just didn't fit the world built by Doyle. I think Cavill and Claflin should have switched roles, and I don't see why anyone in the Holmes family had to become a villain for the sake of the narrative. It was clunky at best. What specifically turned you off?

TriBel
I lasted about 15 minutes then gave up.

Moggin said:
What specifically turned you off?
Click to expand...

IDK. Lack of patience...crap acting? My attention span is very short. 😏 TBH, I'm not a great fan of Doyle's actual stories. I'm much more interested in the various types of detective fiction and the relationship between form, content and the social/urban fabric...the detective as flaneur (the flaneur's the precursor to Poe's detective)*. Sherlock (particularly Study in Pink) was a tour de force: how do we know the virtual city; how do we cognitively map the city (oh duh! With mobile phones)? I was hoping this would give me some insight into the female flaneur (a rare figure because "street walker" has different connotations for a woman). It might have done...IDK...I didn't get much further than "Yawn. This is crap and 11 was better in Stranger Things". 😒 😄

Doctor Who. I am watching the 4 movies they have done between S4-S5. I do wonder why they did 4 movies between theses two seasons while usually it’s just one special Christmas movie. David TENNANT is fabulous as the doctor. I get spoiled few days ago and I know he will leave and the doctor will have a new visage( it was predictable though) but honestly ? I love David TENNANT so much that I can’t see anyone else in his place playing the doctor. I’m afraid I will loose all interest in the series without him.
Also unpopular opinion : until now I think Donna Noble is the best doctor’s companion. I prefer her to rose or Martha.

Buffy Summers
I think because they waited an extra year between seasons that time. :)

Priceless
Donna is the best! (Of the new companions - obvs Sarah Jane was the best of the old)

Black Thorn
The 100, S06, amazing how this show keeps reinventing itself

Black Thorn
Watching lots of what we in a day type of videos to try and get some lunch ideas.

Antho said:
until now I think Donna Noble is the best doctor’s companion. I prefer her to rose or Martha.
Click to expand...

Because you haven't gotten to Clara Oswald yet

Antho
Maybe she is the next one, I will see and tell you :)

I think I'm one of the few who liked Clara

TriBel
I like Clara - start a Clara Fan Club.

whatdBuffyDo
Count me in as well!🍻

Sineya
If only this is what they'd done...

I’m impatient to meet Clara as everyone seem to like her 😀. Right now I’m watching « the end of time part 1 ». Tonight I think I will start season 5 and maybe i will see Clara if she is the next companion. I think « end of time » this is where at the end David Tennant at the end is going to leave and let his place to the next actor 😬😑. Did you like David Tennant as the doctor watching the show ? If yes was it difficult for you to continue to watch without him ?

DeadlyDuo
Clara is the worst. She's so annoying and thinks she knows better than the Doctor.

Antho said:
Did you like David Tennant as the doctor watching the show ? If yes was it difficult for you to continue to watch without him ?
Click to expand...

I think I'm in the minority who prefer Smith to Tennant and think Eccleston was the best of the modern doctors.

whatdBuffyDo
11th is a sweetheart ❤

DeadlyDuo
Smith had some big shoes to fill and he did it well, Capaldi not so much.

Priceless said:
I think I'm in the minority who prefer Smith to Tennant and think Eccleston was the best of the modern doctors.
Click to expand...

I liked Eccleston too but I prefer Tennant. Don’t know who Smith is ^^

If only this is what they'd done...
Click to expand...

I am glad they didn't do that. I would have not been overly fond of that either, to be honest. 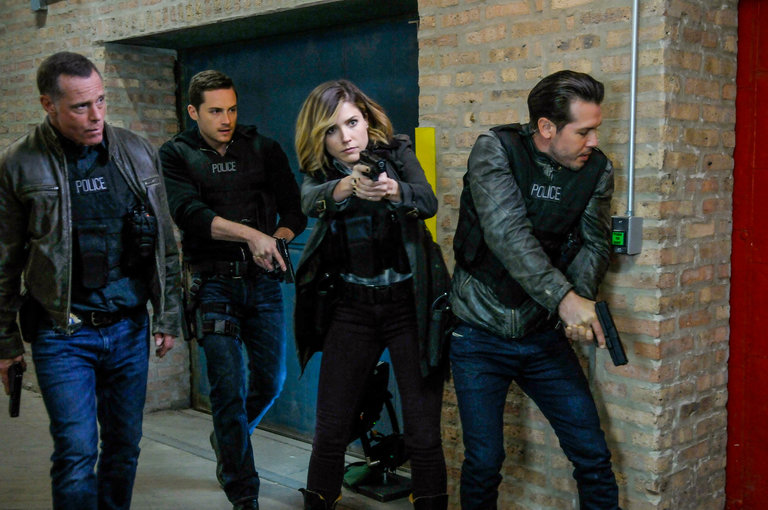 Puppet
Wow, if it wasn't for Antho's comment, I wouldn't have recognized her with those extreme blonde highlights lol

zupimages.net
Is it him Smith ?


I have the question about « the end of time » I just saw : who is that woman that talked to donna’s grandfather ? The show seem to told us that it was Donna herself but I’m not sure I understand correctly the things...

Another question, for a mod this time : I have problems now to upload image and that it appears like in the previous message before mine.. what do I need to do?

I went to YouTube, to watch some clips video football. Just arrived on the page, I saw this :

I got spoiled by YouTube 😬. How ? How is it possible ? I didn’t even tape doctor who on the research Barr once on YouTube, not even one time. I just did it on google, not YouTube ! It is freaking me out !! 😱. They know I’m watching Doctor who, and now I see publicity on Doctor who everywhere every time. I just saw a publicity to buy all the box DVD, on Facebook !! 😬 They spy on me !! It is terrible, they know I’m watching DW on streaming services 😱. It’s over for me. I’m a dead man. I’m sure they even know I’m writing this right now. What a world we live in ! I’m seriously freaking.. I have zero secrets from the government people I know nothing on them.. they know everything about me.
😂😂

Antho said:
What a world we live in ! I’m seriously freaking.. I have zero secrets from the government people I know nothing on them.. they know everything about me.
Click to expand...

I'm sure the UK media can tell you everything you want to know about Macron. 😏 They're obsessed with him and Angela Merkel - and not in a good way! 😄Worse is when you have a phone conversation with someone and then get purchase suggestions from Amazon. I think Alexa listens in. 😵
You must log in or register to reply here.
Share:
Facebook Twitter Reddit Pinterest Tumblr WhatsApp Email Link
Top Bottom