All of the Faithsley fans say that the Faith/Wesley ship is supposed to be a reflection of the Giles/Buffy ship.

So if one ship had to happen on the show, which one would you prefer to have seen at any point in ats or btvs?

Black Thorn
Definitely not Giles/Buffy. It's not the Watcher/Slayer dynamic that makes it wrong, it's the father/daughter dynamic. Faith & Wesley just don't have that, so if I had to choose a ship, I'd choose them over Giles/Buffy.

Has to be Faith/Wesley because Giles/Buffy ship makes me feel queasy.

two by two, hands of blue

Black Thorn
When I first dipped my toes into the murky waters of fanfic I stumbled upon some offputting Giles and Buffy sex scenes. No, no, no, no, no.

Sineya
Giles and Buffy have a father/daughter relationship, even clueless Travers saw that much. Shipping them makes my stomach churn. It's the same for Willow, Dawn or Xander - Giles's feelings for them are fatherly and familial. Even now, that Giles is a teenager again, I can't see him in any sort of sexual relationship with any of them.

Faith and Wesley never had that sort of relationship. At best, they were co-workers. I can't imagine there is any one, ever, that got along or was friendly with every single person they worked with - they were all just people who worked in the same place as you. It's the same for Wes and Faith, they're never going to be real friends, but they were able to put that aside for the greater good. I will admit, in S4, I could see a certain chemistry between them and I wouldn't have been surprised if that had been explored, had Faith stayed on AtS.

There was also, I seem to remember, a bit of a fuss made when Giles was made a teenager again, when people suggested that he could start a relationship with Buffy or Dawn. Giles still has all of his memories and Buffy is - physically, at least - quite a few years older than he is now. People wouldn't be pleased.

Black Thorn
Faith/Wesley at some point post season 4 of Angel, can't see it personally but if it were to happen then it's better than Buffy/Giles

1. The father/daughter relationship- Giles has been like a surrogate father to Buffy. Even though they are not blood-related, for anything romantic to happen between them would feel too much like incest.

2. Giles was in a position of trust with Buffy. If a romance was to happen, it would seem like Giles abused his position of trust, to work his way into Buffy's inner circle only to then take advantage.

Child Giles is not a good move, the writers should've reverted him back to Ripper Giles instead, the one we saw in Band Candy and the darker side we saw hints of in other episodes.

While I'm going to have to go with Wes/Faith on this one, I can't help but think this is problematic as well. The way Wes treated Faith as his Slayer was bad enough, and then Faith horribly tortured Wesley. Can you imagine what quarrels between the two would be like with that baggage between them?

ETA: OTOH, this is the Buffyverse. They'll forgive anything as long as it doesn't have to do with love (even then they forgive, but this is where they get raging irrational, probably with violence in the mix somehow). Love is true suffering because only then are you alive, only then do you know passion. If your lover doesn't make you miserable then you're doing it wrong (but don't worry, the 'verse will soon correct your mistake in some horrifying and probably unexpected way soon). But a hundred years in Hell for Angel with torment and terror for Buffy? That won't stop Buffy from keeping him a secret from the rest of the Scoobies while they exchange smooches, and that's pretty much everyone in the Buffyverse.

Yeah Wes/Faith because Giles/Buffy sounds pretty gross. I would probably throw up if I ever saw Giles and Buffy kiss. Faith and Wesley probably wouldn't bother me as much. Plus, Giles did it with Buffy's mom. Twice. That's just..... no....

Spikealicious said:
Yeah Wes/Faith because Giles/Buffy sounds pretty gross. I would probably throw up if I ever saw Giles and Buffy kiss. Faith and Wesley probably wouldn't bother me as much. Plus, Giles did it with Buffy's mom. Twice. That's just..... no....
Click to expand... 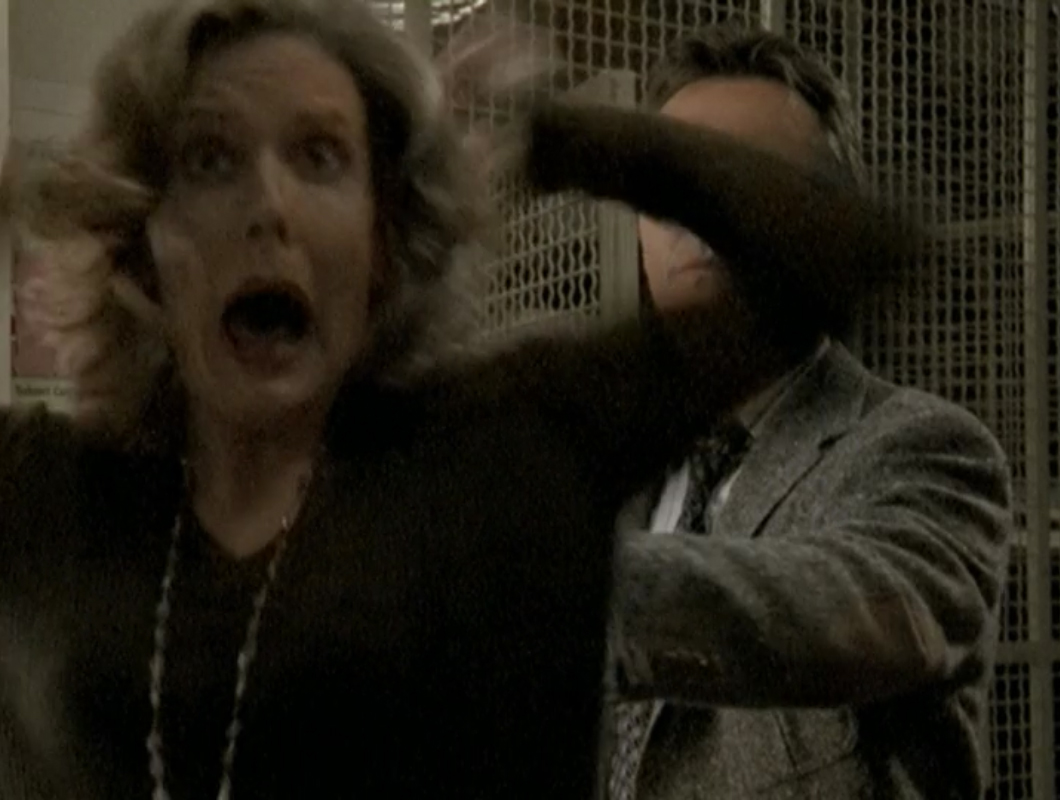 rogueangel
A possessed Giles is attaching a parasite to Joyce in Bad Eggs.

^^
My guess is that's where Giles put a bezoar body snatcher on Joyce in s2 Bad Eggs. (Now I'll have to watch that again later.)

Black Thorn
Giles/Buffy is gross, because of the parent/child relationship they got going.

Wesley/Faith also have that kind of relationship, but just a little, so instead of making their relationship gross, it would just make it... spicy. I really wish the show went that route, I think it could have been really really interesting. I mean, come on, there's TONS of baggage there: 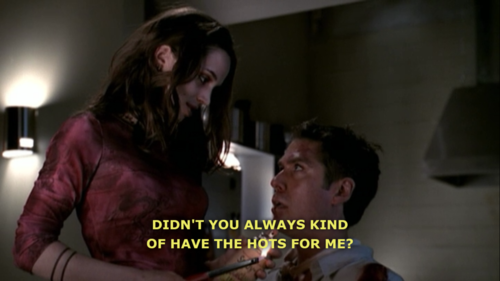 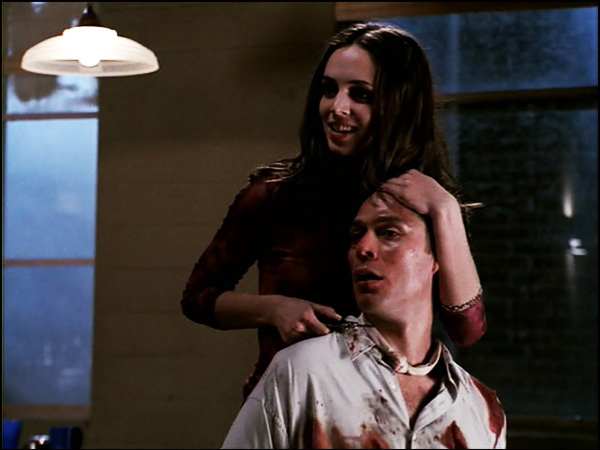 Their dynamic in season 4 was great... and they're both just so pwetty! 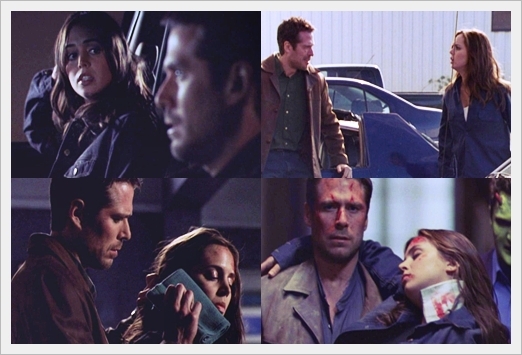 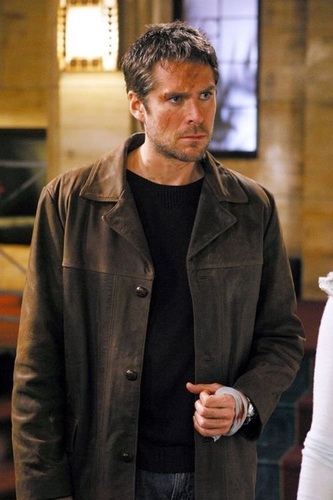 Black Thorn
I love Wes and Faith together in AtS s4, although not romantically. The combination of two characters on a dark redemptive journey working together to save Angel's soul is masterfully done. Their shaky history together and the tables turning from season one is good viewing - Faith's shock at Wesley's treatment of the girl in the vamp brothel really makes it clear how much Wesley has changed since the beginning of the show. I think they're much more interesting than Giles/Buffy, but I do think that it mainly because they were more heavily featured together on AtS, which is the more adult show with some really grim storylines.

Wes and Faith for sure. Can't really see it, but in terms of preference it's certainly the two of them.

If we're talking that Faith and Wes are supposed to be a reflection of Buffy and Giles in general I don't think it's accurate. Faith and Wes never really bonded that way, in season 4 we get a glimpse of them working together quite well, but it's a far cry away from the father/daughter and general family bond between Buffy and Giles. I don't think Faith and Wes could ever trust each other that way, simply because they're not as trusting as people, but also because of their past relationship (Wes 'betrayed' Faith to the Council, and Faith obviously snapped and tortured Wes).

Black Thorn
People seem to like some really odd romantic pairings. I often wonder how they've managed to come up with those pairings watching the same show that I have. I think anyone seriously wanting to see Giles and Buffy together though must have some real issues. It's just disturbing and goes against everything we see from both of them. So by default Wes and Faith.

The Bronze said:
People seem to like some really odd romantic pairings. I often wonder how they've managed to come up with those pairings watching the same show that I have. I think anyone seriously wanting to see Giles and Buffy together though must have some real issues. It's just disturbing and goes against everything we see from both of them. So by default Wes and Faith.
Click to expand...