You have been activated. What do you do?

It's 2003. Buffy has released the slayer power to all the chosen ones in the world. You are one of them.

What is your next move?
How do you handle the news?

Sineya
I'd be the Bush Slayer. I'd tell the slayer army that I'll take care of this bit of Oz and they can handle the rest of the world. First I'd grow all my hair out, hopefully at slayer speed. Then I would use stealth slayer skills and pretend to be a bunyip, then stalk tourists and news crews who are looking for the bunyip and steal their food and money, then I'd retire to a bush block to live in and pay off the shire council with the stolen money so I can live in a house made of mud and sticks (that I build myself with sticks I kill demons with), then go surfing and fight a shark to wash the dirt off.

Anyanka Bunny Slayer
Damn it, Spanky said it before I could.

Sineya
I would have a serious identity crisis...…...Being a bloke and all!

Then I would probably go find Faith......A male Slayer is probably the only thing that could keep up with her

That's actually a disturbing thought given circumstances I'm not willing to talk about...OTOH, in 2003, the "disturbing" stuff would be minimal and I was still in with the neopagan community (though it's complicated in that it's different in Buffy the Vampire Slayer, so I have to imagine them differently...and I've also dabbled with spells), which means I should be able to find my feet easily.

I'd be suspicious of Buffy, doubting her stated intent of why she activated me and the others, especially if she expected to lead us as an army. I don't work well with others that way. But as long as no one tries to put a leash on me then I can certainly do favors (including teamwork) in exchange for things I need to know, and important contacts or Slayer handbooks (unlike Buffy, I'd be very interested in that handbook if it still exists, though I'd be giving it a skeptical eye as well as I tried to discern propaganda and genuine mistakes for the truth). It's even possible that I join a small group that checks in from time to time, but it would be a certain type of people (a personality type I don't feel like explaining).

If the US government was after us (as happened in the comics, IIRC), then I'd be a lot more cozy with the main group, though even then I know that in cases like that, it's those who stay in a group mostly likely to be captured (or worse), which means I'd be ready to bail at a moment's notice (but that doesn't necessarily mean I'd abandon the others).

Beyond that, I'd fight monsters and demons (and think it actually makes sense, which it would more so because of the neopagans I knew, and likely had more direct experiences with back as a runaway, or at least knew others who did), but once I became aware that things weren't that black and white then I'd want to know more about what I was doing...I could see myself becoming a bouncer at a place like Caritas for a demon like Lorne as I tried to gain a better understanding of the demon community, because otherwise I'm no different from the rest of the feuding demons with extraordinary and supernatural abilities. This could potentially put me into opposition with Buffy and her army, but I'd be prepared to do that under the right circumstances.

MarieVampSlayer
Wow you would make a very interesting slayer!
W

I'd track down Willow in Brasil and ask her if she needed any help.

I will go to see any people that wounded me in my life and I will be like : 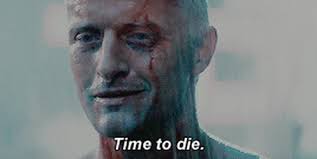 Some people are just lucky I haven't powers.... God, I just realized I would be a terrible person with powers. If the world need a hero, it can't be me.. Please do not give me powers ^^
T

It occurs to me that I'd be 20-21 in 2003, which is a bit on the old side. It would be different if I were a teenager. If I was 15 to 16, it might be easier to incorporate me into a larger group and I'd be a good little Slayer soldier, within reason. But at 17 and older, it would be worth it's own arc, and it would be a rocky relationship, even more distrustful of Buffy than I would be at 21 (and I was being introduced to neopaganism and magick shortly before I turned 17).

Though in all those cases, it's hard to believe that the First couldn't have found a way to have me killed as I was surrounded by evil (which should include demons). Wait, no, remembering its incompetence in Sunnydale, it's perfectly believable. What's unbelievable is that it managed to kill as many as it did.

Play through the tutorial and start the first mission?

I do doodle. You too, you do doodle too.

I'm 12 years old, living in an abusive home. I learn how to defend myself.

Black Thorn
I probably would not have noticed. Around about that time I was having out of body experiences, astral projections, hunting ghosts and learning how to shapeshift. Being turned into a slayer would have just been par for the course.

Sister to the Fates

It's 2003. Buffy has released the slayer power to all the chosen ones in the world. You are one of them.

What is your next move?
How do you handle the news?
Click to expand...

Spanky
Of course you would because you have no sense of honor, duty or dedication

Sister to the Fates

I'm officially in love with you at this moment.

Well if it's possible for a male to be a activated Slayer with strength, fighting ability, etc I'd think that the first thing that would happen is meeting my Watcher. For the sake of fun I'll just cast my watcher as Idris Elba if male or Thandie Newton if female.

I was in 11th grade in 2003 so my story wouldn't be to far off from Buffys. Protect the school and city with the help of my watcher, and some of my friends that I'd let in on whats going on.

Maybe even get to work with a vampire who has a soul, preferably female. I'll just cast Aaliyah for that part since she played a vamp in Queen of the Damned. Queen Akasha with a soul. Sounds good to me.

I probably end up like a straight, white, superpower having Omar Little and rob/pummel a lot of drug dealers. Take the money, leave the drugs, call the cops.

Or professional athlete. NBA most likely.

I would only become a hero if I have a Spider-Man/Uncle Ben situation.

Since I am a boy, I would have been the damsel in distress who would have needed to be saved by his slayer friends.

Wait, 2003. Hmm...I was 15/16 back then. Yes, I definitely would have damseled some. But after being saved, I'd have asked my slayer friends to teach me some of those fancy martial arts moves. And if I had come across Willow, I would have begged her to teach me some magic. And then I would have embraced my gayness along with the magic and become a powerful warlock who almost destroys the world when his lover is killed.

Growing bush is a vital part of becomming the bush slayer

HoppyHippy said:
Growing bush is a vital part of becomming the bush slayer
Click to expand...