Who do you prefer Giles with? 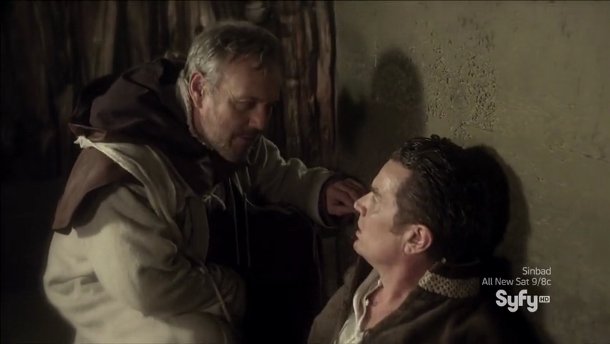 But Giles and Spike are a forever love!

Fuffy Baith
What's that from?

Sineya
Giles and Jenny are okay, but its Giles/Ethan for me.
Ethan knows about a part of Giles that nobody else does, he accepts it and loves him anyway.

Jenny without doubt she was great for Giles.

Sineya
Jenny - they had a good thing going on...

Sineya
Jenny or Joyce. I felt both of those had strong potential. RIP.

I liked the dynamic him and Jenny had. She challenged him and made him feel young, I think.

However, I had no issue with Olivia - what little we saw of her, anyway.

It's a thankless job, but somebody's got to do it.

thetopher said:
Giles and Jenny are okay, but its Giles/Ethan for me.
Ethan knows about a part of Giles that nobody else does, he accepts it and loves him anyway.
Click to expand...

haha! One other person I also like Giles/Xander though.

Little girl lost in the woods

Sineya
I chose Jenny because we know they loved one another and their relationship worked well while it lasted. I think Joyce and him had potential. Joyce in the later seasons accepted a slayer's reality and understood it better than Jenny ever had the chance to. I also didn't mind Giles with Olivia though mostly we never saw them have an actual conversation or anything else other than sex. Giles and Anya are a weird paring that could have actually worked, especially judging by that awesome kiss they shared.

Anya. I think they'd be so good for each other. They have a lot in common, a shared love for The Magic Box and the supernatural in general. I think Giles would be kinder to her than Xander, and I think Anya would keep Giles young and bring some fun into his life

Sineya
Anya. I loved him with Jenny, of course, but I did feel a lot of potential sparkage for Giles + Anya, it would have been fun!

Black Thorn
I rather like the idea of Giles and Anya, in a way she reminds me of Jenny, they're both pretty blunt compared to him. Not to mention young and "hip"

While I thought Giles and Jenny were cute I can't say I prefer her to anyone else on this list. Giles has great chemistry with all of them!

Sineya
You know, I never thought about Anya and Jenny being similar, but I guess you're right

Then Ayna - good chemistry, funny together and just imagine the possibilites for Xander to enter into the equation -
Everything has to come back to Xander for me - I JOKE but it would have made for some interesting conflict - Not just with Xander but all the Scoobies....

I would've like to see Giles and Joyce at least try and have a relationship, even if it didn't work out. Not only would this involve Joyce with the scoobies more, but it also shows a more positive outlook on families with divorced parents. I know Joyce and Giles wouldn't be married and that Giles isn't Buffy's dad, but he is a father figure to her and they have a close relationship. When Joyce and Giles are together Buffy gets to see Giles all the time, then they split up but Buffy still gets to see and spend time with Giles.

It shows a more positive side to divorce than Hank and Joyce where they divorce then Hank stops spending any time with Buffy.

nightshade said:
Who do you think would be best for Giles in a relationship?
Click to expand...

Spanky
Don't make me break out my banner... it might trigger some of the more sensitive people.

He should be and was with Jenny.

Gods, I'm tempted to put a gif of Giles and Buffy on the balcony and insert the dialog between Buffy and Spike on the balcony. That would probably traumatize too many eyes here, though.

In actuality, I voted Jenny. There were only 2 possible OTP on Buffy as far as I'm concerned (not that I obsess over them or devour the fanfics): Giles/Janny and Anya/Spike. (Don't worry all of you who want to rain flames down on me for saying that, I can already hear the stadium erupting into boos. )

I voted for Jenny, but Joyce would've worked. Giles was something of a father figure for Buffy anyway, though where I first contemplated it was how it shows Giles looking wrecked as he listens to the record after Joyce's funeral that he played for Joyce in Band Candy. Giles is one of those people that many mistake as not having much in the way of emotion, but he just keeps them far under wraps, under control (as much as he can), and still waters run deep, including in passions.
You must log in or register to reply here.
Share:
Facebook Twitter Reddit Pinterest Tumblr WhatsApp Email Link
Top Bottom